Volvo Titan, the largest of the heavy trucks that brought turbo-diesel 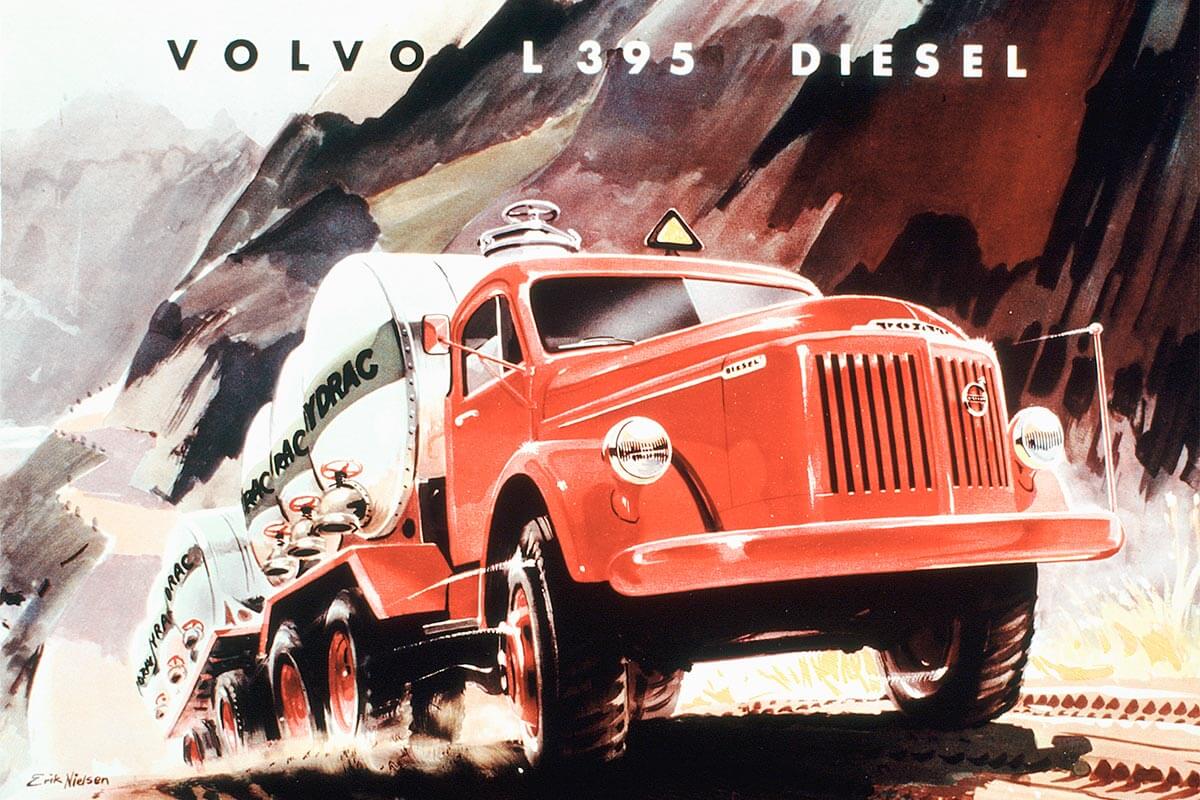 Volvo Titan, the largest of the heavy trucks that brought turbo-diesel

There was a time when, according to legend, primordial forces lived on Earth. They were called Titans and, until the arrival of the Olympian gods, they held total power over the planet. They were, to a certain extent, the inspiration for Volvo’s designers when they set to work on their new vehicle in the late 1940s: the Volvo Titan. It was an impressive vehicle that soon proved its worth in the field. It was also the first truck to introduce turbo-diesel engine technology. Today, we’re going to learn more about its history, which deserves a closer look because of the innovations it brought to the goods transport sector.

Volvo Titan, the story of the titan that introduced turbodiesel

By the end of the 1940s, the Great War was just a distant memory. All companies, including truck manufacturers, are stretched in their efforts to revive the global economy after a dramatic period. Among them is Volvo. The Swedish company, which greatly enhanced its international prestige during the Second World War, still has an old-fashioned truck in its catalogue: the Volvo LV290, also known as the Volvo Longnose. It was insufficient to cope with the post-war effort because, apart from the relatively new engine design, the rest had been practically edited from the previous series. A condition that was inevitably pushing customers more and more into the arms of Scania’s Scandinavian rivals. Thus began the design of the Volvo Titan, the public name for the Volvo L395.

The story of the Volvo L395, the Titan that originally had another name 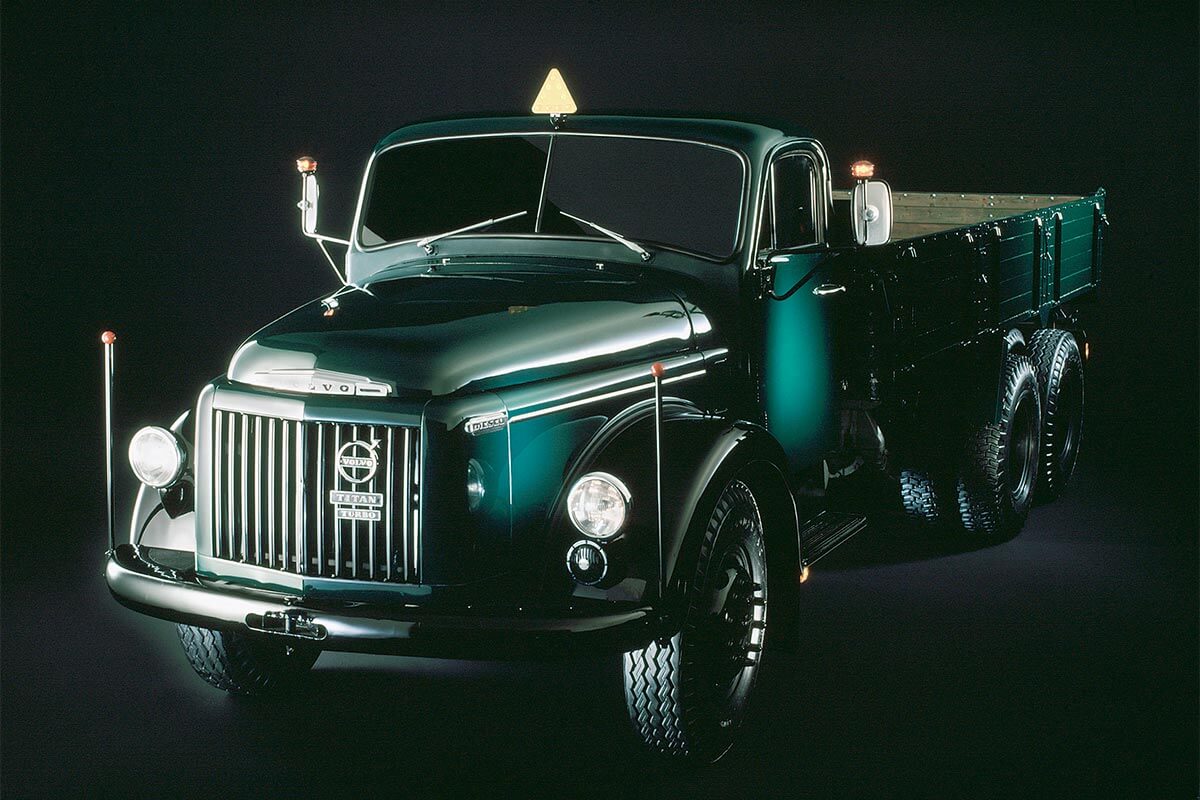 At the turn of the late 1940s and early 1950s, the Gothenburg-based company’s designers set to work on the design of the new heavy truck. The project was called the L395 and, from the outset, was intended to be a significant departure from what had gone before. The era was still one of vehicles with primordial diesel propulsion, still equipped with a combustion chamber and therefore rather inefficient. With the Volvo Titan, however, everything was set to change.

The official presentation of the L395 Titan took place in the late autumn of 1951. At the same time, the manufacturer also launched a massive communication campaign, which proposed a new approach: the presentation brochure showed from the cover, in Erik Nielsen’s illustration, a Titan trying to easily overcome a steep mountain road, probably with a full load.

The most interesting initiative, rather unusual for the time, was the name of the new Volvo vehicle. As mentioned, the project was initially called the L395. It was a rather usual name at the time, but it didn’t satisfy the marketing department. For this reason, determined to change the name of its vehicle fleet, Volvo’s Board of Directors decided on a new naming scheme that included an evocative name alongside the project code. A public competition was launched and the Titan won. This model was therefore the first in a long series of vehicles with evocative names such as Viking, Brage, Raske, Starke and Snabbe.

The technical characteristics of the new L395 Titan 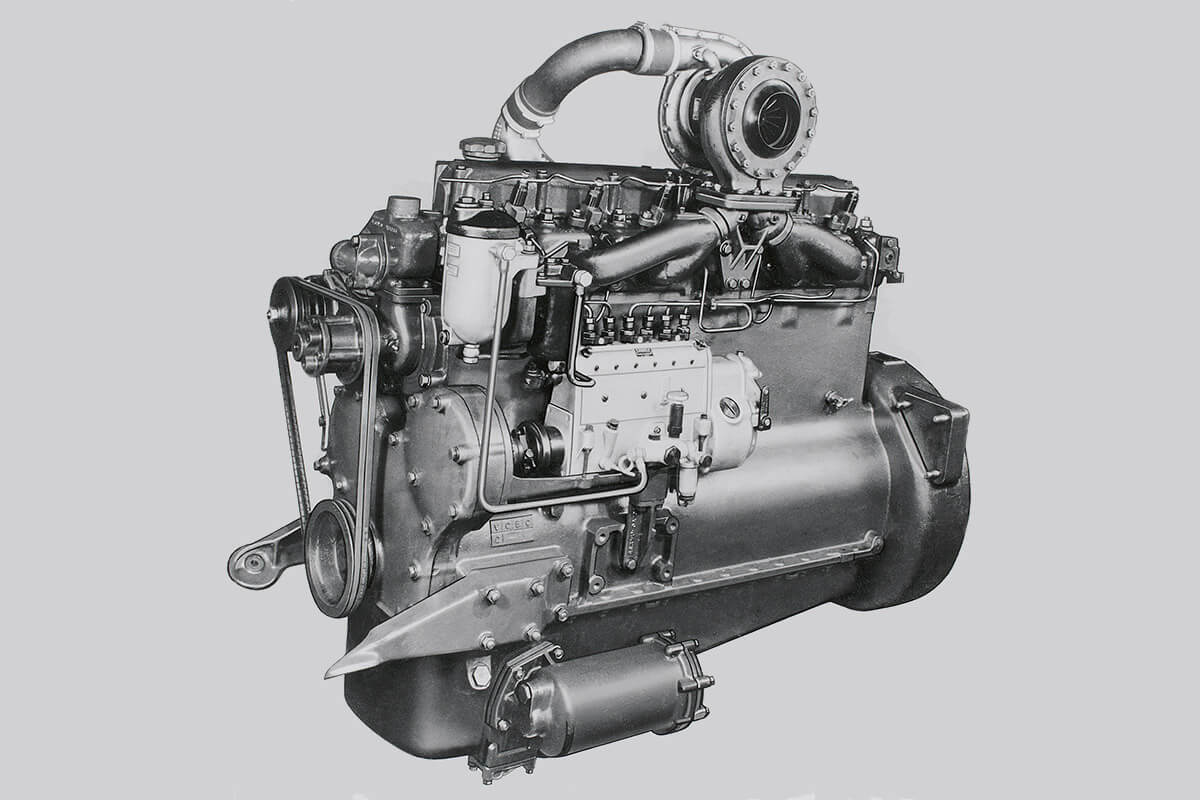 What characterised the new L395 Titan right from the start was the engine. From the chassis point of view, in fact, a large part of the vehicle shared the layout of the previous series. The new diesel engine, made of aluminium alloy, inherited Volvo’s experience in aviation with Volvo Svenska Flygmore. When it made its debut in 1951, the engine, which had a displacement of 9,602 cm3, was capable of delivering a maximum output of around 150 hp. The Titan was equipped with it until 1953 when it was replaced by the D96, an improved version of the previous engine.

But the best was yet to come. In 1954, with the need to satisfy the most demanding users, a new engine was introduced. This was a version that introduced, for the first time, turbocharging on heavy vehicles. In fact, a dispute with MAN about the new engine arose that is still ongoing today. MAN was also the first company to introduce turbocharging in its engines. However, thanks to the turbocharger, which weighed only 25 kilograms, Volvo’s engineers were able to achieve an additional 35 hp, bringing the total output to 185 hp. This, at last, also justified the higher cost of the vehicle compared to the competition. Production of this version, as well as that of the conventional diesel version, continued until 1965, with a fair amount of success in terms of sales.

Later versions of the Volvo L495

Indeed, in 1959 Volvo introduced another version, the Volvo L495 Titan Tiptop. This new model introduced a tilting cab, which allowed easier access to the engine itself.

The revolution, however, came in 1965, when Volvo decided to equip a new vehicle. This was the N88, equipped with both a diesel and a turbo-diesel engine developing 200 hp and 260 hp respectively. With these two versions, before introducing a new model, the Volvo N10, the manufacturer went on until 1973. Until then, Volvo produced 39,700 units.

Now you know the story of Volvo’s Titan, which made its mark everywhere and in every transport condition.