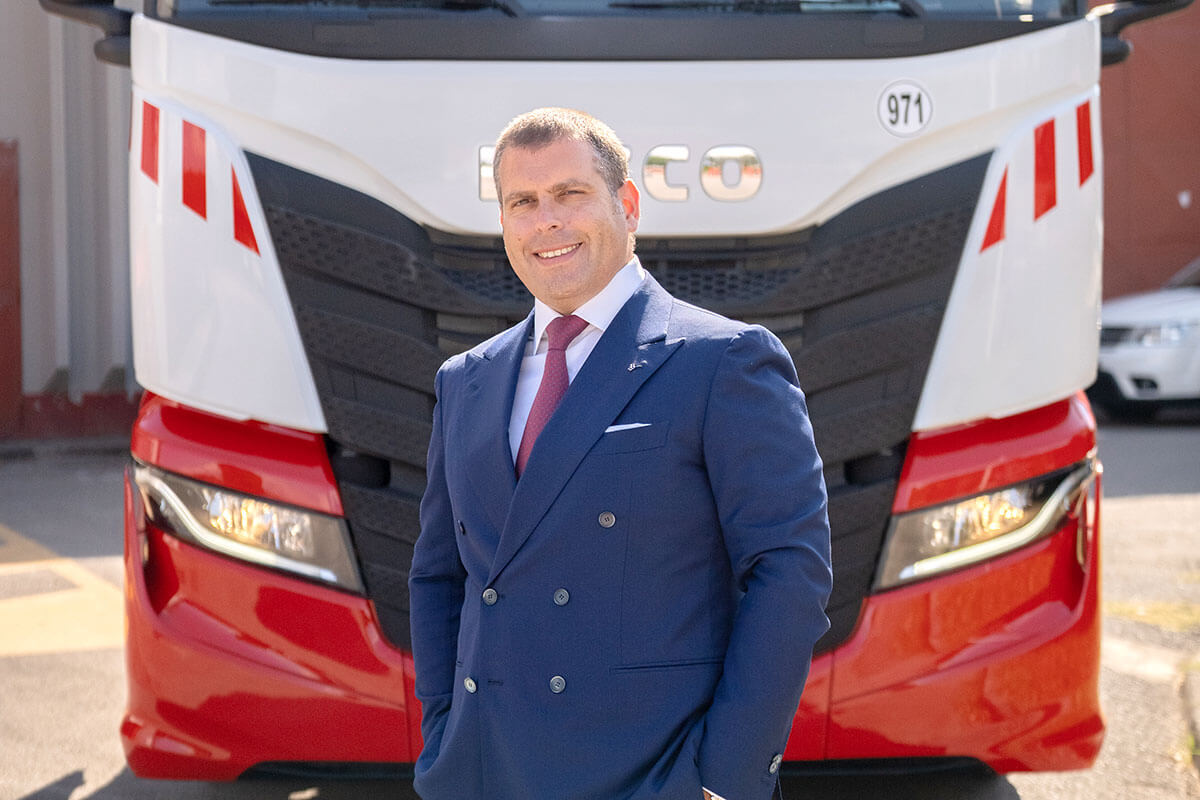 “It seems to be inside a videogame, the more you go on and the more dangerous the monster to be defeated becomes”. Domenico De Rosa, CEO of the Smet group, an international intermodal operator, with more than 30 operational offices in Italy and Europe, over 2 thousand direct and indirect employees, a fleet of 5,500 trucks and 450 million euros in turnover, says it with full knowledge of the facts. aggregated in 2021.

His company was a pioneer in Italy of the “first energy revolution” in road transport with Eco Truck vehicles powered by liquefied natural gas (Lng). But the crazy variable in the price of LNG now risks abruptly slowing down the energy transition of companies in the sector. “The race to increase prices, fueled by strong speculations, started last year – explains the Campania entrepreneur – Since the beginning of 2022, however, there has been a further acceleration that has brought Lng values to prohibitive levels: in Italy, at the moment, we pay more than 3 euros / kg for liquid methane, two years ago we reached a maximum of 0.60 euros / kg. Faced with these numbers, it is clear that the ‘green’ transition projects of many companies, which have already made substantial investments, are highly at risk”.

The solution? “The new government must immediately intervene with measures to support the sector to protect the transition underway. And we ask not only for a strict vigilance on the increase in prices but above all ad hoc measures to sterilize the race to increase prices and for the tax exemption of Ecotruck vehicles, which we have already had the opportunity to request in the previous months through our trade associations “, De Rosa replies.

Despite the difficulties of the economic and geopolitical framework, the Smet group confirmed all its investments. The most important concerns the supply in two sections of 40 Iveco S-Way Lng trucks to be used for intermodal transport. The order represents a further step by the Salerno group towards reaching the carbon neutral milestone of its fleet. “We have not moved back a millimeter to give a sign of continuity and optimism to the sector, but we have succeeded only because we have broad shoulders. Many small businesses have disappeared or are in danger of being so soon due to out of control energy costs”, De Rosa points out.

According to Smet’s CEO, the heavy transport industry is experiencing an all-Italian paradox: “We talk a lot about sustainability, but then those who really pursue it are harmed”, adds the entrepreneur. Which claims: “Natural gas today represents the only mature solution capable of really reducing CO2 emissions in the long haul, both in the Lng version and in the Bio-Lng version. Yet, those who use alternative fuels, cleaner than petrol and diesel, are placed at a disadvantage compared to those who use traditional fuel”.

In addition to the crazy price of the LNG, the other sore point concerns the lack of a policy in favor of intermodality. “The sector must be legitimized and recognized as strategic for the country system. Unfortunately, this is not the case: let’s just think of the case of Marebonus, the measure, once known as Ecobonus, which encourages the use of intermodal sea / road and iron / road transport. In the past, the financial support was 77 million euros per year; in 2021 the amount was reduced to 19 million “, reports De Rosa, also strengthened by the role he plays in Alis, the logistics association of sustainable intermodality, where he chairs the Motorways of the Sea Commission.

In the mid-90s, Smet was among the first in Italy to bet on the truck-ship-train interaction, in partnership with the Grimaldi group, developing over time a dense network of intermodal routes by ship in the Mediterranean Sea and in the Baltic, on which today it handles over 3,000 vehicles a week, operating with 16 railway companies. “In Italy, together with the Grimaldi group, we have just over two weeks developed the daily Venice-Bari national cabotage connection that allows the Italian Adriatic motorways to be freed from freight vehicles thanks to the sustainable mode of motorways of the sea. In Europe, since the end of September, again in partnership with Grimaldi, we have launched new regular services for our customers in Southern Italy with destination Palma de Mallorca, the Balearic Islands, which will join the existing connections with Sardinia, Sicily and Spain “, concludes De Rosa.