It has tarted the new intermodal rail service Bologna-Cologne 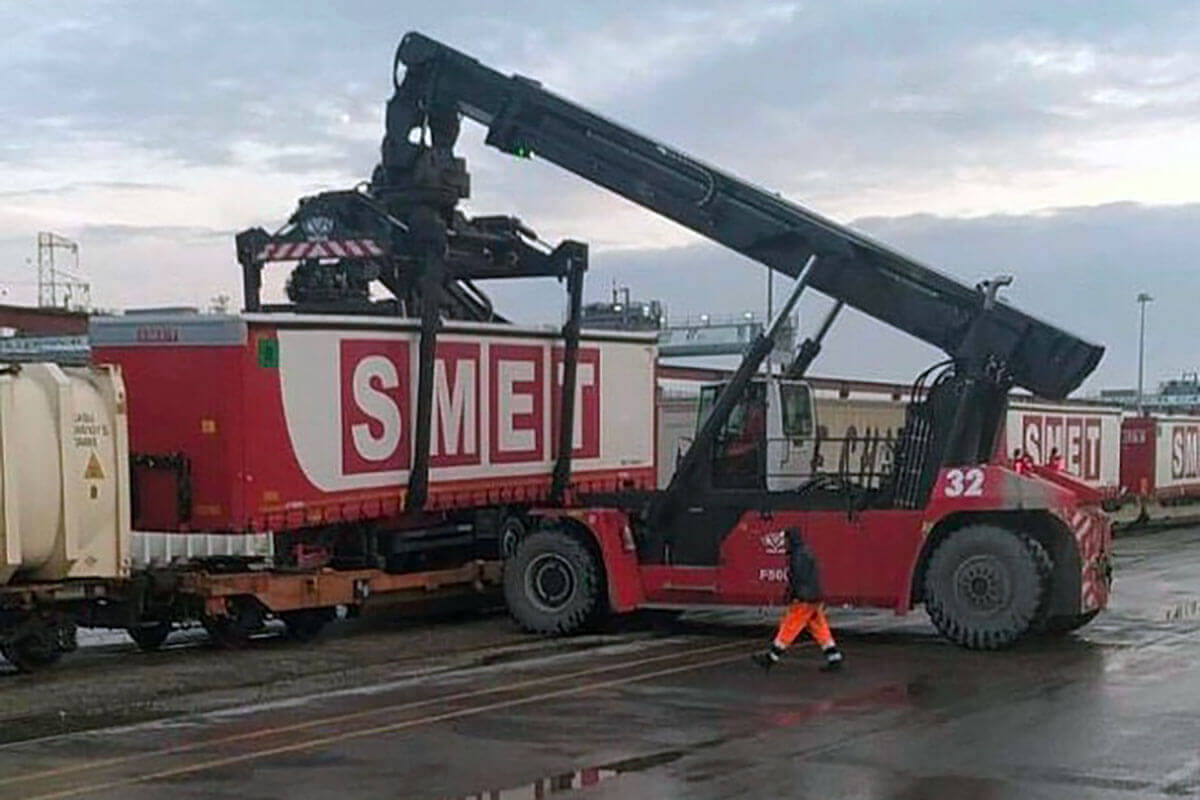 It has tarted the new intermodal rail service Bologna-Cologne

Starting from today, Monday, January 11, the new intermodal rail service for semi-trailers will connect the terminal of Bologna Interporto with the Terminal Nord TKN in Cologne, Germany. A significant step for Smet that opens with purpose this 2021.

«The intermodal network of Smet Group continues to grow exponentially – said the CEO, Domenico De Rosa – The new international rail service between Bologna and Cologne has a highly strategic role in Europe and the Mediterranean because, together with other intermodal lines on which we already operate, will allow us to quickly and efficiently connect Northern Europe with Italy, Greece, Spain and Maghreb. For over twenty years we have been working for the development of alternative modes of transport to road transport, less polluting and more efficient. The objective of the next few years is for us the affirmation and the fast growth of intermodality, which associates and systemizes maritime transport, in particular the network of Motorways of the Sea on which we operate in partnership with the Grimaldi Group, and rail transport».

How the transport service will work

TX Logistic, a Mercitalia Group company already specialized in international connections, will operate the connection. Five pairs of trains per week, equipped with P400 semi-trailers, latest generation mega trailers specialized in rail and maritime intermodality, able to transport goods up to 3 meters high. A service with low ecological impact, a policy always pursued by Smet in its work. Compared to road transport, in fact, it is calculated a saving of 28,000 tons of CO2 per year. The road to energy saving, cost optimization and use of personnel has always been the main one for the company, which confirms to have always a careful eye to the environmental aspect.

De Rosa did not only dwell on the company’s goals but also on those on a national scale. The news of the new investment plan resulting from the Recovery Plan drafted by the Government gave new ideas and certainly hope for the future, in a 2021 all to be rebuilt.

A first draft of interventions, drawn up by the Government, is ready to be submitted to the European Commission. In the event of a positive outcome, the State will receive the substantial funds deriving from the Recovery Plan. Four billion euros is the slice indicated by Rome for the allocation of investments to relaunch the infrastructure and logistics sector. Ports, railways and roads are the crucial points to ensure that the country continues to walk and sail, without ever stopping. A commitment that Smet has taken to the letter, allowing an entire country, in these months of lockdown and its derivatives, to continue to receive medicines, food and products of various kinds. Not least of which is the ability to transport vaccines.

«Investing to improve the logistic system of a country is the most far-sighted policy that can inspire us today – said De Rosa – In no way the production or exchange of goods can enjoy a competitive advantage comparable to the scenario that sees companies have free access to an efficient and intermodal national logistics service».