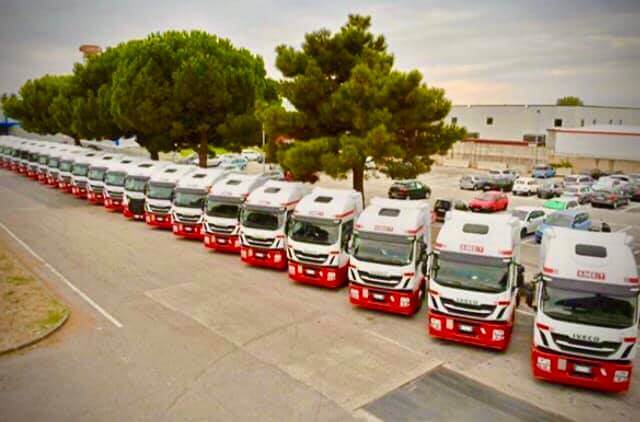 The SMET Group, Europe’s leading intermodal logistics operator, inaugurates its Milan headquarters. The opening of this new logistics hub, located in the productive heart of the country, is in line with the needs dictated by market demands and ultimately by the ongoing economic recovery.

«2021 was a complex year but, thanks to the diversification of the business, we closed it with a 10% growth – commented CEO Domenico De Rosa – The new year starts with this new opening, testifying to the fact that our Group firmly believes in the revival of the Italian economy and in the strategic role that transport and logistics play in a context of growth».

With this new opening, the number of SMET Group branches rises to 31, of which 20 in Italy and 11 abroad. The new site, located in the Lombard capital in the immediate vicinity of the A4 Turin-Trieste motorway, is a logistics hub that will develop specific activities with particular added value and will also act as a cross docking on international flows from abroad. When fully operational, more than 100,000 tonnes of goods are expected to be interchanged on an annual basis.

The SMET Group, which celebrates its 75th anniversary this year, was a pioneer in the industry’s green turnaround and was one of the first in Europe to promote new, sustainable modes of transport. In fact, it was 1947 when Domenico De Rosa, grandfather of the current CEO of the same name, set out from Salerno to recreate a logistical axis to be totally rebuilt after the war. In 1975 the company passed to Luigi De Rosa, who began the expansion that today culminates with the opening of the Milan office. From the mid-1990s onwards, it gave a strong boost to intermodal maritime connections, in partnership with the Grimaldi Group. At the same time, from 2014 onwards, it chose to invest in alternative fuels to diesel: from liquid methane gas to electric and on to future hydrogen-powered vehicles.