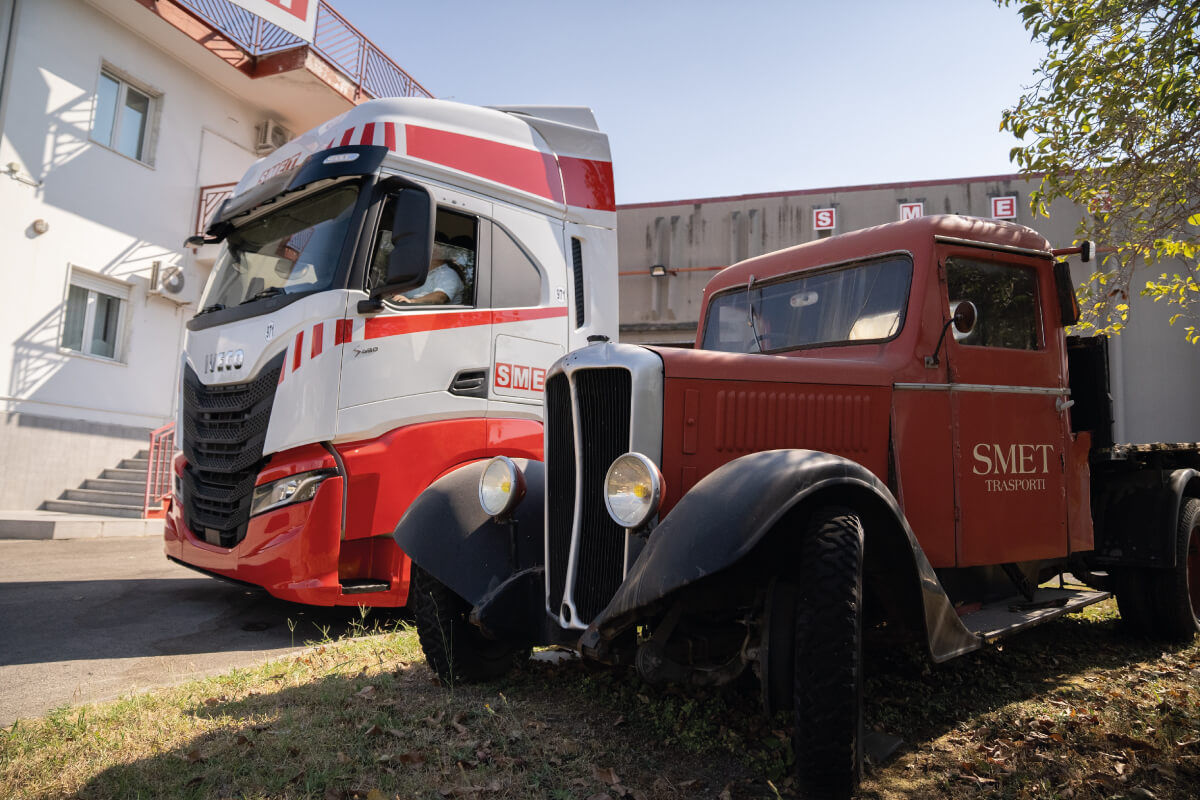 The SMET Group crosses the 75-year milestone, crowning a long journey of growth, technological innovation and environmental sustainability thanks to which today it is Europe’s leading intermodal logistics operator.

The Group, founded in Salerno in 1947, now has international dimensions. In 2021, it reached an aggregate turnover of 450 million euros, has a vehicle fleet of 5,500 units, employs more than 2,000 people including direct and indirect employees and operates more than 30 operating locations located in Italy and Europe.

“Innovation and concern for the environment have always been in our ropes. Proof of this is the green turn, which we have carried out well ahead of the times,” said CEO Domenico De Rosa. “As early as the mid-1990s we began to make a concrete contribution to the development of maritime and rail intermodality, which is the future of freight transport. In more recent years we have followed up on this with the entry into the fleet of the first vehicles powered by alternative fuels to diesel: first of all liquid methane gas, today biogas, in the near future electric power and hydrogen.”

And he concluded, “Our 75th anniversary falls at a special historical moment, characterized by an unprecedented geopolitical framework that is certainly not conducive to business investment, in all production sectors.  Nevertheless, the SMET Group celebrates this important anniversary by confirming all planned investments: we continue to invest in favor of the decarbonization of road transport and to benefit the ecological transition process.”

SMET Group’s 75th anniversary will be celebrated on August 4. Welcoming customers and stakeholders at Spa Easy Fuel on Via Cappello Vecchio in Salerno will be the three generations of the De Rosa family: founder Domenico De Rosa Senior, Cavaliere del Lavoro Luigi De Rosa – to whom we owe the internationalization of the business and the company’s first specialized characterization – and current President and CEO Domenico De Rosa Junior.