Alessandro Oitana, head of IVECO’s heavy duty business in the round on transportation 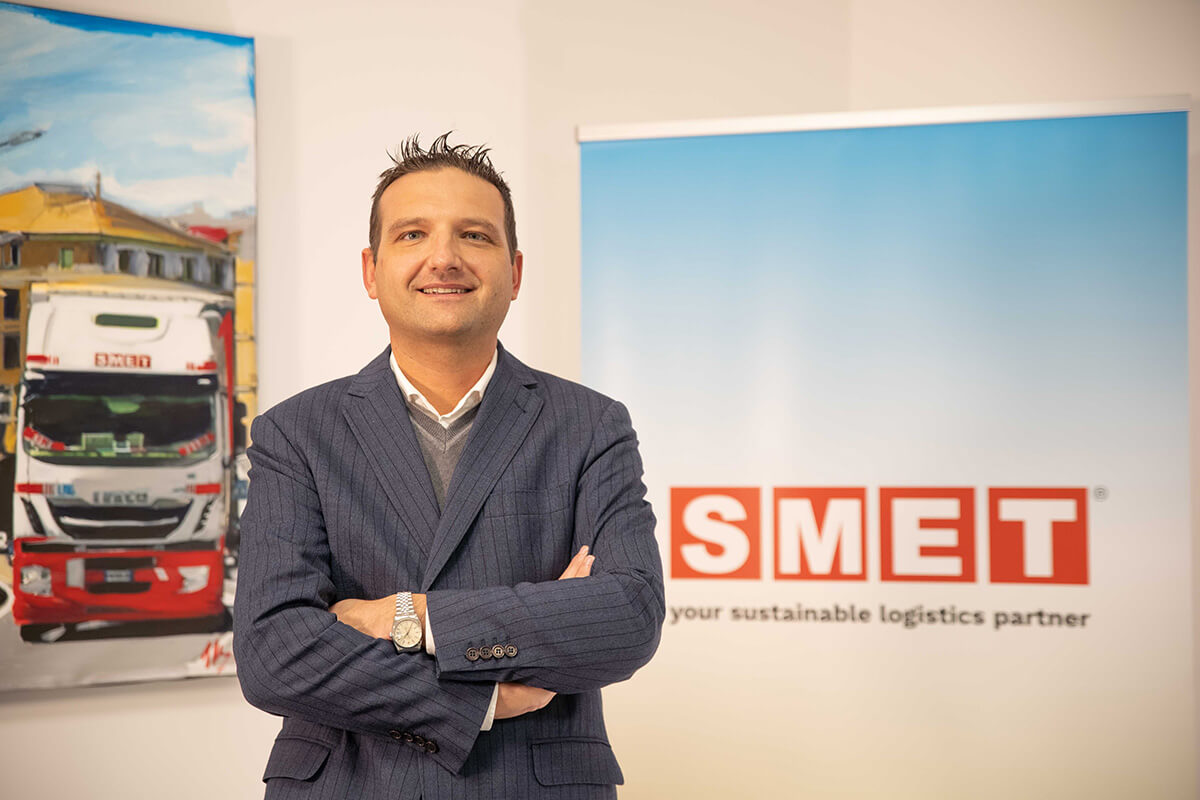 Alessandro Oitana, head of IVECO’s heavy duty business in the round on transportation

Dr. Alessandro Oitana, head of heavy duty in Italy for the IVECO brand and an expert in the context. How do you evaluate everything that has happened in the past year due to the pandemic, what effects has it had on the sector, what kind of balance sheet do you draw from it for the IVECO group and, in general, for the heavy duty market in Italy?
«Certainly 2020 was a complex and complicated year for the well-known reasons. The sector has obviously been affected and the market has had a decline. Honestly, less than what was expected in the darkest months of the pandemic, so in March and April. In the end, the Italian market for heavy vehicles, over 16 tons, fell by just over 10%. Within this result, the IVECO brand achieved a very important result in terms of market share, with a 34% share, an increase of more than 5% compared to the previous year. Certainly within this complicated year, however, there have been important opportunities, which we have tried to exploit by staying close to our customers and trying to overcome the contingent difficulties. All in all, therefore, the year ended better than expected and certainly, as an IVECO brand, with a very important result».

In a context such as the one you represent, what is the value of the historic relationship with a European logistics player such as the SMET Group, which over the years has undoubtedly been an ambassador for the IVECO brand in Europe and has always supported and stimulated processes of transformation and innovation of heavy vehicles, such as alternative traction?

«The partnership that binds us to the SMET Group, which I would define as a strategic partnership, has been going on for a long time. SMET has always been an ambassador of IVECO in Europe and has always been at our side in the evolution of the process and the progress of technology over the years. If we talk about alternative traction, it was one of the very first forerunners in the use of LNG technology, with the 330 HP, then the 400 HP and the 460 HP. Today it is one of the biggest users of this technology. But we are not stopping here, because SMET will certainly be at our side also in the use of new technologies that we will gradually develop, such as electric vehicles and hydrogen vehicles. Certainly within a complex and complicated year, also in 2020 the strategic partnership between IVECO and SMET has been seen and the results have been seen».

What is the outlook you envision for this 2021 in terms of evolution for alternative tractions. And what do you think of the logistics product launched by the SMET Group, which sees the combination of intermodality squared, i.e. creating a seamless link between freeways of the sea and European rail intermodality, combined with the upcoming full electric and hydrogen-powered tractions?

«Certainly alternative tractions are increasingly important in the market. We mentioned LNG earlier, but it is having a lot of resonance, and for us it is very important and strategic the development of bio-LNG, where we really manage to have a circular economy and therefore manage to cut emissions. I give the example of CO2 up to 95%. Clearly within this, SMET Group’s strategy fits perfectly. SMET Group’s strategy based on intermodal is one that will increasingly be a strategy of a transport company of the future, where road transport, rail transport and shipping are combined. So it’s a very smart solution, a sustainable intermodal solution. Obviously, within this sustainable intermodal solution, alternative tractions will have an increasing weight. So, to date, already with LNG vehicles, tomorrow with bio-LNG vehicles and then, tomorrow again, with electric or hydrogen vehicles. Surely, within this strategy, SMET will be a key player».

To go back to more general issues, what do you think is the state of Italian road transport and how does it compare with other European countries?

«Undoubtedly, Italian transport is made up of excellent companies and a sector where there are truly incredible realities. On the other hand, however, it is a sector that suffers from certain characteristics that distance us somewhat from the European Union. I give the example of the age of the vehicle fleet: the vehicle fleet in Italy is the oldest in Europe. Despite the fact that there are a whole series of actions aimed at modernizing this fleet, speed is certainly not yet sufficient. In my opinion, more needs to be done because it is essential that the vehicle fleet is in line with the European average. Moreover, another characteristic of the world of transport in Italy is the size of companies. In Italy there are many small and medium-sized companies, and there are also some excellent ones of a certain size, but we are not yet at European levels. Therefore, from my point of view, in the near future I undoubtedly see an aggregation, a concentration that will be inevitable in order to compete more and more with European players. Finally, the world of Italian transport is a world of excellence, a fundamental world for the economy as a whole. It is a world that, however, will face decisive challenges in the coming years, which will have to make it grow and improve further within the European context».

The issue of sustainability has fortunately become a priority in the current economic moment. IVECO was the first to believe in this direction by investing and introducing LNG (liquefied gas) tractions to the market, and SMET with IVECO was the first to start spreading the culture of green transport by combining the related concept of intermodality. What are the next steps in terms of alternative tractions and in what terms should we expect them on the market?

«Undoubtedly, IVECO has been a forerunner in alternative technologies, it is still the leader in LNG technology, liquefied natural gas, and it is in any case a brand that works hard in the development of new technologies. The European context, as has been mentioned, is very challenging, but we are certainly in agreement: that of working increasingly on reducing emissions in the near future. In this sense, the targets given by the European Union with the Green New Deal are very challenging, but very clear. We must reach these targets. In this context, IVECO is continuing to work in the development of alternative tractions. Thus, LNG is already being joined by bio-LNG, which leads to the realization of what is nicknamed the circular economy, and there is a further 95% reduction in CO2 emissions. But we are not stopping there. There will be, in the near future, the availability of electric traction and then what is considered by all to be the real technology of the more distant future, which is hydrogen technology. So there will be the availability of fuel cell vehicles, i.e. fuel cells powered by hydrogen. IVECO is absolutely a leader in this process and will continue to invest with its trusted strategic partners, such as the SMET Group. Where, undoubtedly, its square intermodal project will be fully in line with this development».