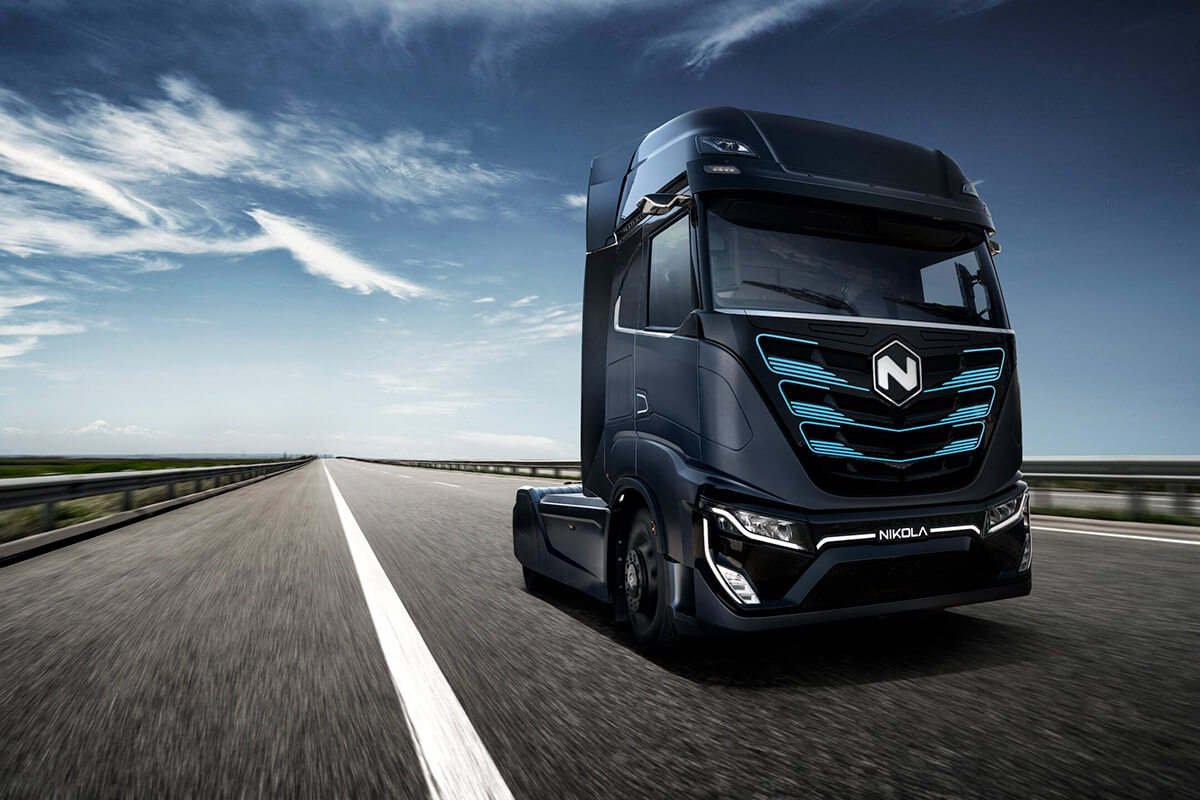 The hydrogen truck is increasingly a reality. There are several manufacturers who, for some time now, have been competing for the realization of the first hydrogen-powered trucks. A real revolution in freight transport, which, together with intermodal transport, could further move the bar of sustainability even higher. Today, then, we’re going to see how hydrogen trucks work and what the advantages of this technology can be. First, though, let’s take a step back: what is hydrogen?

Hydrogen trucks: how they work and what are the advantages

Before talking about hydrogen trucks, in fact, it is necessary to clarify what hydrogen is. This chemical element, the first of the periodic table, at least on Earth can be found mainly in the form of gas. This is absolutely colorless, odorless and tasteless, but it is highly flammable. Also for this reason, it has often been used in aviation, both as fuel and as a light gas to fill airships. Famous is the fatal outcome that had just the use of hydrogen inside the airship Hindenburg, exploded in the air on May 6, 1937.

Recently, as demonstrated by the numerous prototypes of hydrogen trucks and cars powered by this gas, this element has begun to be used for transport. A form of power supply, based on the so-called fuel cells, which generate electricity through chemical energy, in this case provided by hydrogen itself. Let’s see then, in broad strokes, how an engine mounted on a hydrogen truck works.

How a hydrogen truck engine works

Hydrogen-powered trucks, like any other vehicle that uses this element, mount on board what are called fuel batteries or fuel cells. In fact, this is not as recent an invention as you might think. The first experiments with combustion batteries, in fact, date back to the nineteenth century, but the first concrete applications took place only in the ’30s of the twentieth century, when it was developed the first Bacon Cell, which was used to power a welding machine. The first application in the field of traction was in 1959, when Allis-Chalmers developed a tractor powered by combustion cells, capable of generating a power of 20 hp.

Regardless of history, however, the operating principle of the engines that power hydrogen trucks is similar to that of a battery. With the difference that the battery stores energy inside it, while the combustion battery converts the chemical energy present in a tank through an electrochemical process. In the specific case, in essence, the hydrogen contained in a special tank, passes through the combustion battery where, through various methods, separates from the electrons, thus providing electrical energy to the electric motor. Obviously, in the course of time, different separation systems have been experimented: ranging from the proton exchange membrane cells, solid oxide cells (not very suitable for transport, given the fragility of its ceramic components), passing through direct methanol cells, and direct ethanol cells.

The engine of a hydrogen truck, therefore, is an electric motor. This generally draws power from both the combustion cells and the batteries that are installed on board the truck. When the truck does not require energy from the combustion cell – or at least the surplus – it recharges the batteries, thus increasing the autonomy of the truck itself. Hydrogen trucks such as these can cover from 400 up to 1,000 kilometers of autonomy, depending on the amount of hydrogen contained in the tanks and the capacity of the batteries themselves.

The advantages of hydrogen power supply

Hydrogen fueling, as we have seen, is a complex technology that is requiring great efforts in research and infrastructure development. So, what are the advantages of hydrogen trucks? The main advantage, without a doubt, is the environmental sustainability that hydrogen powered vehicles guarantee. The chemical reaction of a combustion battery, in fact, produces as final result only water. This means, therefore, totally eliminating the polluting emissions that characterize other types of engines, such as the Diesel engine.

There are not only environmental advantages, however. Another fundamental advantage for hydrogen trucks is refueling time. If an electric truck can take several hours to recharge the batteries, a hydrogen truck takes only a few minutes to refuel with all the hydrogen it needs to “fill up”. The co-presence of a fuel cell and a battery pack, moreover, allows to considerably increase the autonomy of the vehicle compared to a truck equipped with batteries only. The technology of the hydrogen truck, therefore, is the most mature to be used while waiting for the batteries of electric trucks to be able to significantly reduce charging times.