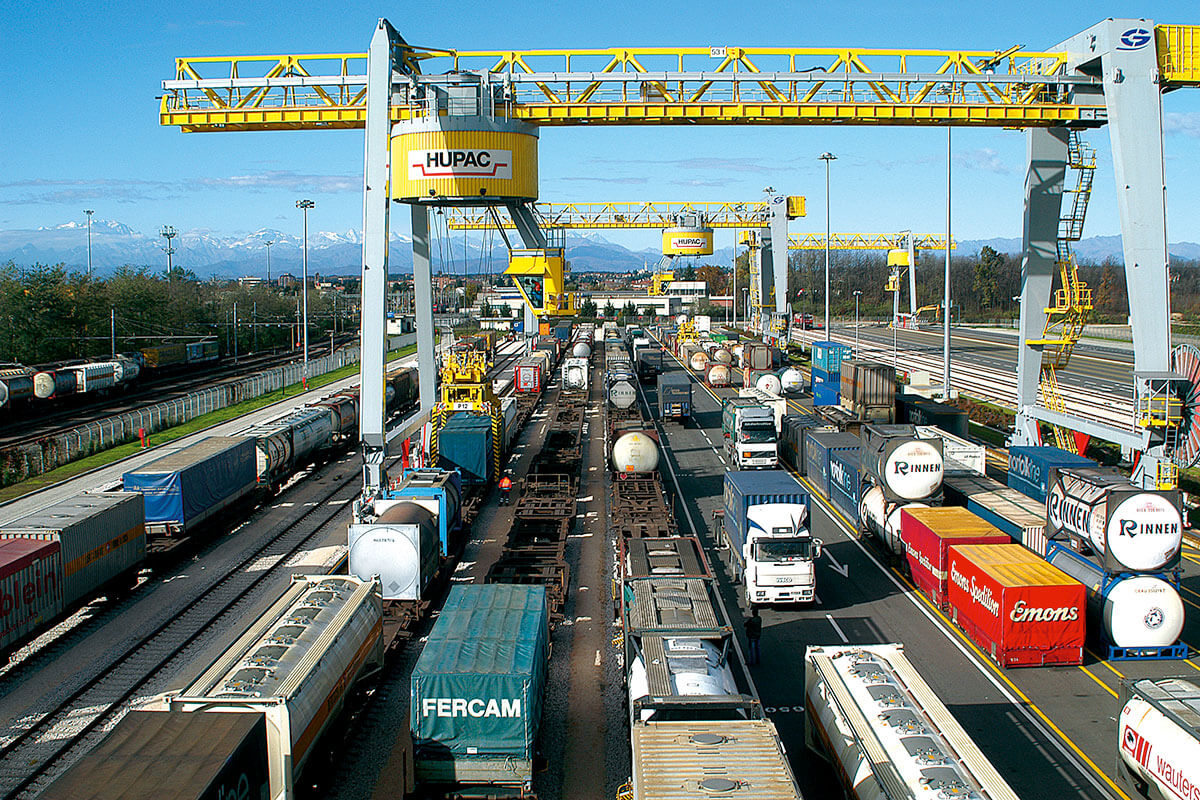 Intermodal transport is a mode of cargo handling, combining two or more means of transport. Through this it is possible to move the goods, placed in the so-called loading units, regardless of whether they are on road, rail, water or air. Also called combined or multimodal transport, intermodal transport has the objective of reducing road travel, thus containing transport costs and polluting emissions into the environment. Let us then find out how intermodal transport works.

What is intermodal freight transport?

To explain what intermodal transport is, it is possible to refer to a number of definitions. The most authoritative, of course, is that provided by the European Union Commission together with the European Conference of Ministers of Transport and the United Nations Economic Commission for Europe in the joint document Terminology on combined transport:

«[Intermodal transport is the movement of goods in the same loading unit or on the same road vehicle, which uses two or more modes of transport, and which does not imply the direct treatment of the goods during the transhipment phases».

To this, for better clarification, it is also possible to add the following definition, borrowed from Sistemi di logistica integrata by Egidio Ottimo and Roberto Vona:

«[Intermodality is a service] rendered through the integration of different modes that leads to consider the transport itself no longer as the sum of distinct and autonomous activities of the different carriers involved, but as a single service, from the point of view of origin to destination, in a global view of the process of transfer of goods and, therefore, in a view of integrated logistics chain».

The advantages of intermodality in freight transport

The use of more means of transport, as in intermodal transport, at least in the first analysis could lead to think of a greater increase in costs compared to unimodal transport. On the contrary, the possibility of transporting goods organised in standard loading units, concentrated in large logistics terminals, on board vehicles with large loading capacities, over long distances and with reduced costs per unit distance, has offered the possibility of reducing transport costs. It is therefore no coincidence that, by 2030, the European Union intends to shift at least 30% of its freight traffic beyond 350 kilometres by rail.

Multimodal transport, as well as intermodal transport, is a highly flexible freight transport system. First of all, it makes it possible to transport all kinds of goods, thanks to the standardisation of loading units. Secondly, depending on the transport needs, it is possible to combine different means of transport: road-iron, road-water, road-air and so on. In this way, it is possible to benefit at the same time from the advantages of each of these means of transport. From an economic point of view, this translates into a reduction in costs, dictated by greater efficiency in combined transport. From an environmental point of view, it is also possible to reduce the environmental impact. For example, if the above European targets were met, CO2 emissions could be reduced by up to 55% compared to road transport alone.

The history of intermodal freight transport

The concept of intermodality is not, in fact, recent. Already in the 1950s, with the opening of international markets to trade, the need to transport bulk goods more efficiently began to spread. A first experiment, in fact, had already been carried out during the Second World War. The U.S. military, in fact, used to arrange the goods on special wooden bases raised, the so-called pallets. This offered many advantages: the transfer of goods was safer and, above all, took place in less time. Despite the fact that the US experiment quickly spread to the civil sector, the concept of intermodal transport was still far from being realised.

Containers: the revolution of intermodal transport

The complete rationalisation of intermodal transport, in fact, will not be achieved until the second half of the 1950s. In fact, in 1956, an American entrepreneur in the transport sector, Malcolm McLean, had an intuition: while he was waiting for the goods to be transhipped from his vehicle to the ship, he realized that it would be much quicker to embark the entire truck. This led to the creation of modern containers, simple metal crates that offered many advantages. First and foremost, greater security for the goods transported. In addition to this, there was also the great efficiency in terms of time required for loading and unloading of goods. Thus McLean began to understand the great potential of intermodal transport.

The success of intermodal transport

However, it was not only the simple intuition of the containers that sanctioned intermodal transport. Rather, the idea was to adapt all transport components to the containers themselves: trucks, trains, cranes, ships, ports and so on. For this reason, as early as 1967 the International Organization for Standardization provided a standard model, the so-called ISO container. These have a width of 244 cm, a height of 259 cm and a length of 610 or 1.220 cm. These are numbered according to a coding system, called check-digit, which allows for rapid identification and standard attachments, to ensure a simple and secure fixing on the means of transport.

Other types of ISO containers have also been added to the classic containers, such as tank containers, refrigerators, etc., which considerably increase the potential of intermodal transport.