Interview with Domenico De Rosa, CEO of the SMET Group 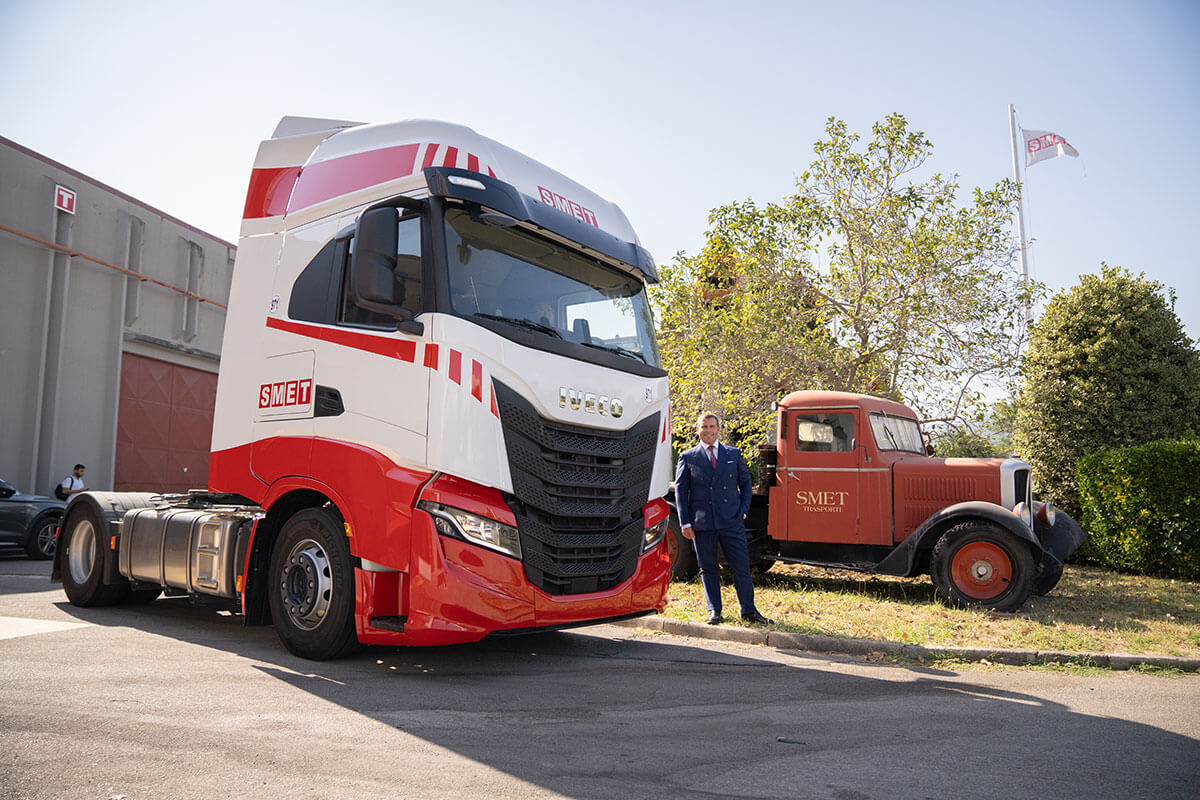 Interview with Domenico De Rosa, CEO of the SMET Group

MDT: What stage has been reached in SMET’s intermodal development plan?

Domenico De Rosa: In the mid-1990s, the SMET Group pioneered intermodal development by sea and rail, which is still a top priority for us today. Today we move more than three thousand vehicles a week on our ships, plus 16 company trains, also a week. The year 2021 will be a turning point for intermodal transport, thanks to the arrival of the Grimaldi Group’s giant ecological ships, which will revolutionise ro-ro traffic and the organisation of transport along the Tyrrhenian coast. We anticipate a rapid growth in intermodal traffic and are organising ourselves accordingly: we have already ordered one thousand additional semi-trailers and expect to take on around 200 new recruits. At the same time we are giving a strong boost to rail intermodality. In January, in partnership with TX Logistics of the Mercitalia Group, we inaugurated the rail service for semi-trailers from Bologna Interporto to the TKN North Terminal in Cologne.

MDT: The year 2021 saw the departure of Grimaldi’s first large giant ship: how many road-sea routes does SMET have today?

D.D.R.: Eco Valencia, the first of the Grimaldi Group’s five giga ships, joined the fleet in November 2020, followed by its twins Eco Barcelona in December and Eco Livorno in January. The three ships are all operating on the Livorno-Savona-Barcelona-Valencia route, which plays a key role for us. We are present and operational on all of the more than one hundred Motorways of the Sea routes, which connect the countries on the Mediterranean, both on the Tyrrhenian and Adriatic coasts, and those in Northern Europe, on the Baltic Sea.

MDT: What kind of customers are interested in road-sea development?

D.D.R.: The characteristics of intermodal maritime transport allow it to be used across the board. However, it is particularly suitable for customers who need to move medium- and long-distance volumes.

MDT: How do you reconcile the road-sea project with the investment in the fleet of tractors and semi-trailers?

D.D.R.: The lowest common denominator is the development and implementation of green transport, the need to pay maximum attention to environmental sustainability. Our guidelines will lead us to achieve neutrality in terms of CO2 emissions by 2030. In December we concluded an agreement with RealTrailer-Krone for the purchase of 300 new maxi-volume eco trailers, suitable for intermodal transport by sea and rail. In the meantime, we are looking forward to the development of electric traction and, above all, hydrogen technology, which will be the real key to sustainable transport. We have always been at the forefront of the development of alternative drives to diesel, together with our partner IVECO, with whom we have pioneered the use of LNG.

MDT: What are the advantages of the intermodal service for the client company?

D.D.R.: First and foremost, intermodality is a sustainable mode of transport in both environmental and economic terms, thanks to the combination of road, sea and rail and the use of road transport only for the first and last mile. The advantages of intermodality in terms of efficiency, safety and cost control are also considerable. Last but not least, following the current health emergency, intermodal transport is a “virus free” mode of transport, as it limits human interaction.

MDT: Which ports are of most interest to SMET? What are the expected investments in port infrastructure by 2021?

D.D.R.: We are operating in all ports of the Motorways of the Sea network. In Italy, I am referring to the ports of Savona, Livorno, Civitavecchia and Salerno on the Tyrrhenian coast, the ports of Venice and Ancona on the Adriatic coast and, of course, the main ports on the islands. It is imperative to invest in preparing our ports to receive wealth, especially in view of the arrival of new ships of greater capacity, which will be more and more numerous and which require an urgent adaptation of port infrastructures.