Italian vintage trucks: the trucks between the ’70s and ’90s 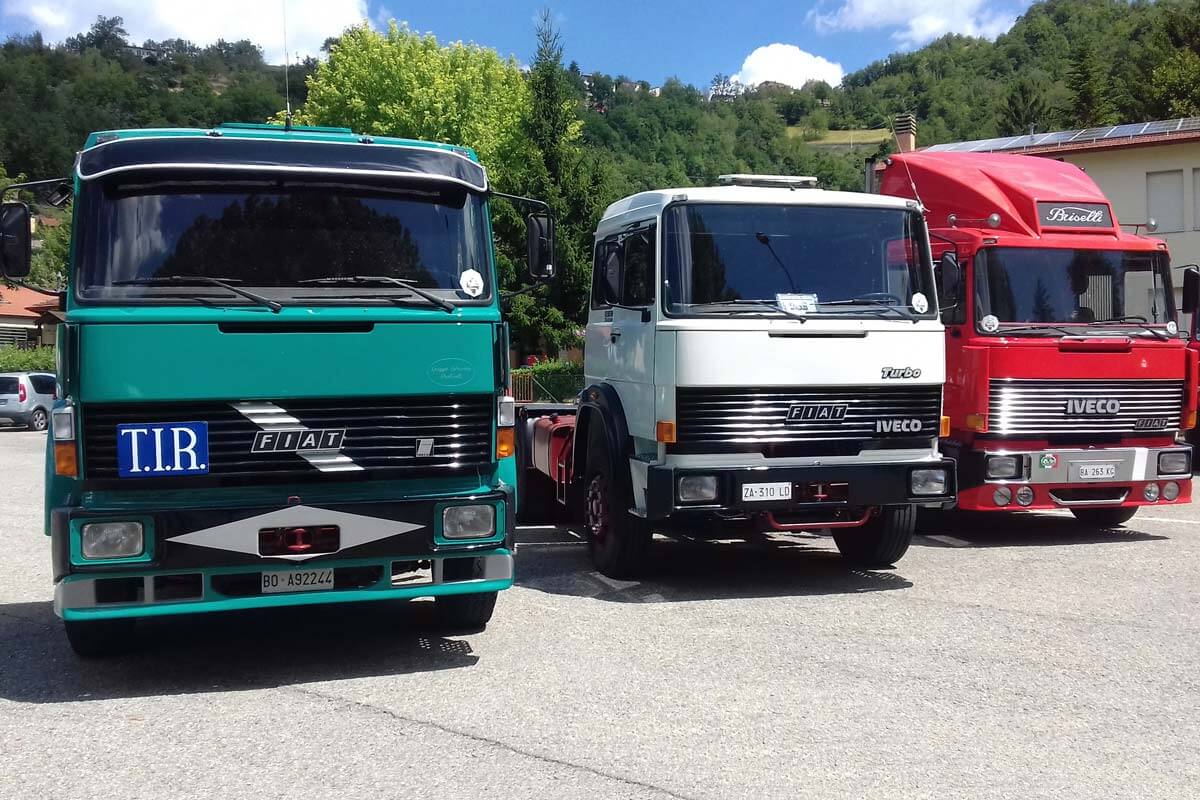 Italian vintage trucks: the trucks between the ’70s and ’90s

If the historic post-war Italian trucks, still today, excite entire generations of truckers and more, the vintage trucks dating back to the period between the ’70s and ’90s are certainly no less. Historical vehicles that, although among the inevitable defects, represent for some the best of their professional activity. Let’s rediscover, therefore, the most evocative vehicles of this mythical period.

Vintage trucks, which have industrialized Italy

Of the difficult season of the ’70s and the roaring season of the ’80s, each one has a very personal memory. In the memory of many truck drivers, as well as amateurs, instead, is carved the memory of the vehicles that have helped to make Italy one of the most advanced Western countries. Before Iveco took over the historical brands, Fiat, Lancia, Alfa Romeo and OM, some of them still had time to show off some of their heavy industrial vehicles. Let’s see the main, as always, divided by brands.

Of the difficult season of the ’70s and the roaring season of the ’80s, each one has a very personal memory. In the memory of many truck drivers, as well as amateurs, instead, is carved the memory of the vehicles that have helped to make Italy one of the most advanced Western countries. Before Iveco took over the historical brands, Fiat, Lancia, Alfa Romeo and OM, some of them still had time to show off some of their heavy industrial vehicles. Let’s see the main, as always, divided by brands.

The Fiat 619, the export truck

In reality, if we want to be fussy, the production of the Fiat 619 began as early as 1964, as a potential substitute for the Fiat 682, the so-called King of Africa. The heir of this was a multi-purpose truck, it was presented in two versions: the Fiat 619 N, as a truck chassis, and the Fiat 619 T, as a road tractor. In the first edition, both versions were still equipped with the typical “mustache” cabin. It was because of the shape of the cab, in South America, where it was produced until 1994, that the Fiat 619 was nicknamed pico de loro, i.e. parrot beak. 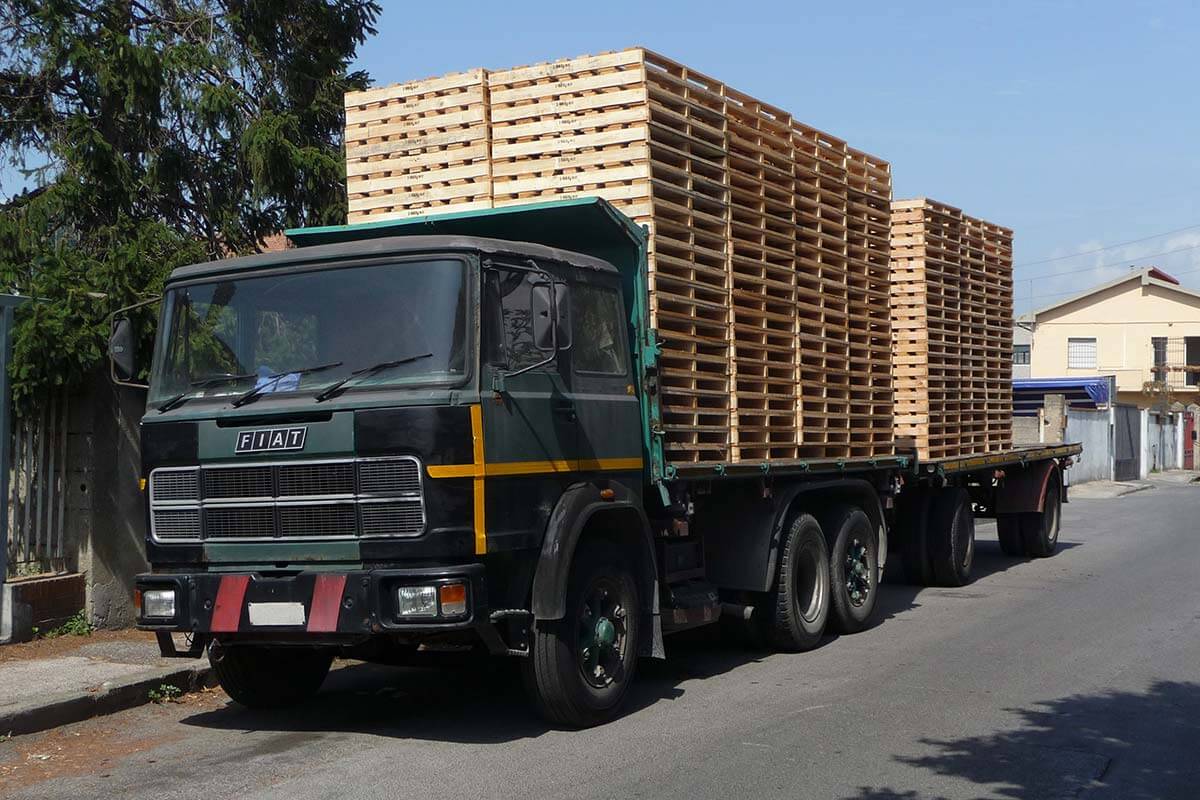 The two vehicles, built in anticipation of the European Code, which set 19 tons as mass limits for two-axle vehicles and 26 tons for three-axle vehicles, were quite popular in northern Europe. This preference for foreign markets ended up defining the Fiat 619 as the export truck. Particularly in Argentina, where, even today, it is not uncommon to see some of them in circulation.

Before joining Iveco, OM also had the opportunity to present, almost in full, its numerical series. With the end of the zoological series, as the series of OM Leoncino, OM Lupetto, OM Cerbiatto, OM Daino and OM Orsetto was called, the Milanese company presented their successors. For this new series of heavy-duty vehicles, OM used a new notation, which was followed by a number to indicate the capacity and engines of the vehicle. 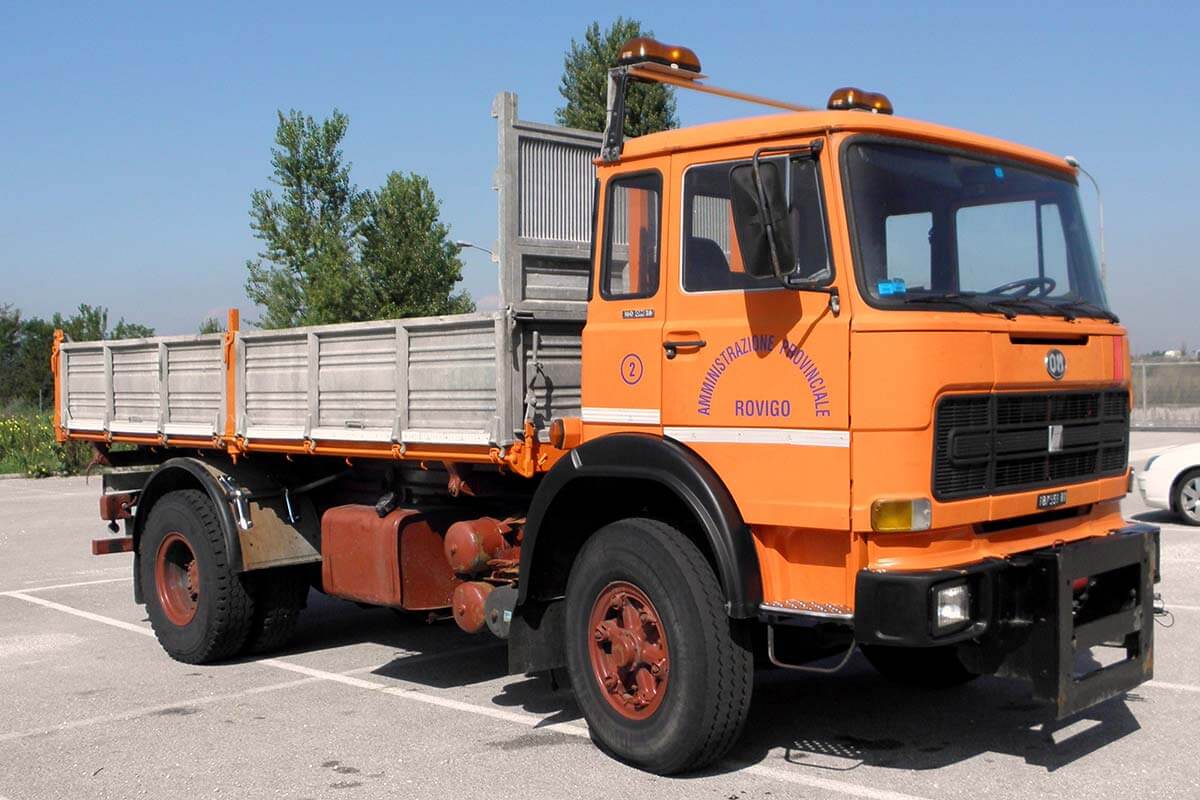 Between 1973 and 1983, as Iveco prepares to monopolize the Italian truck market, OM also presented the second series of numbers. Again, the vehicles achieved a good result not only in the field of freight transport. This is the case, for example, of the OM 160, used as a rescue vehicle by the Fire Brigade.

Iveco’s arrival and its heavy legacy

On 1 January 1975, taking over the legacy of the Fiat, OM, Lancia, Unic and Magirus-Deutz brands, the new Iveco brand was born. At least at first, the new brand had to include in its catalogue the vehicles previously in production with other brands. This is the case with the Fiat 190 Turbo. In some cases, as in South America, the Fiat brand was maintained until 1981. 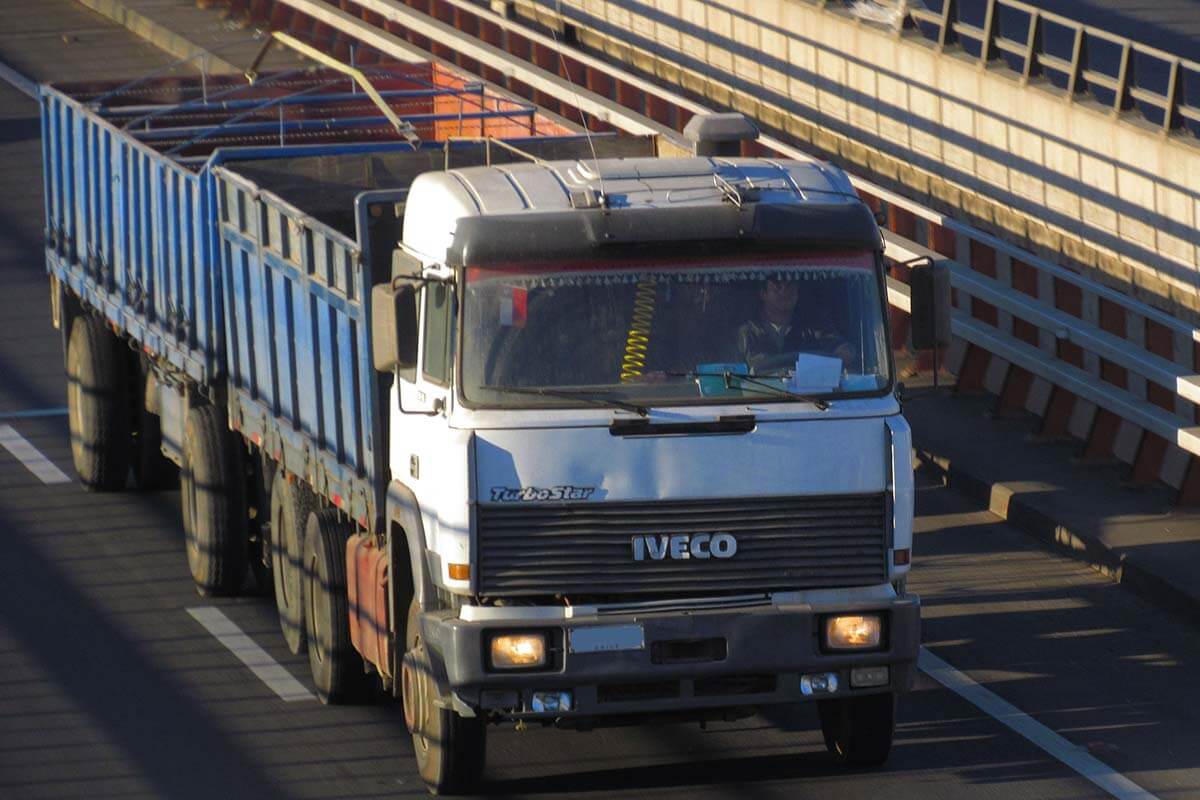 The first industrial vehicles with the Iveco brand, on the other hand, will have to wait until September 1984. In that year, Iveco TurboStar was presented. The new Iveco truck was presented in two variants: 190.33, equipped with a supercharged engine with six-cylinder intercooler of 13,798 cubic centimeters of displacement and 330 horsepower, and 190.42, which had a turbocharged 8-cylinder V engine of 17,174 cubic centimeters and 420 horsepower. The latter, at the time of its presentation, represented the most powerful vehicle in Europe. The vehicle could also be coupled with a Fuller 13-speed quick-release gearbox or, alternatively, with a ZF Ecosplit 16-speed synchronized gearbox.

Presented in an original light grey metallic colour, usually destined for flagship cars, the TurboStar immediately attracted the attention of professionals. While maintaining the same cabin as the 190, the Iveco TurboStar greatly improved the interior comfort, thanks to some measures such as pneumatic seats, air conditioning and a new dashboard wraparound to have all the controls at hand. More than this, however, the aerodynamic refinement was much appreciated, which allowed to obtain a penetration coefficient of only 0.53. This, together with the exceptional power of its engine, made the TurboStar a very popular vehicle in Europe. Sold in about 50,000 units, in fact, the TurboStar was one of the best-selling Iveco vehicles ever. In 1993, however, it was replaced by Iveco Eurostar.

Iveco TurboTech belonged to the same family, but was introduced in 1990. Although very similar to its older brother, the TurboTech was intended for regional and local travel. Therefore, unlike the TurboStar, it had a less equipped cabin. In addition, the TurboTech also stood out on the outside, with a reduced front grille made up of seven strips instead of nine, and smaller doors. The Iveco TurboTech, however, was kept on the list as its big brother until 1993, when it was replaced by Iveco Eurotech.

This is an overview of some of the vintage heavy vehicles, which, at the turn of the 70s and 90s, have characterized the history of freight transport in Italy. There are many other means that could be told, but, at least for now, we will stop with these. Which is your favourite?