Lancia Esatau, the story of the snout that changed Italian transport 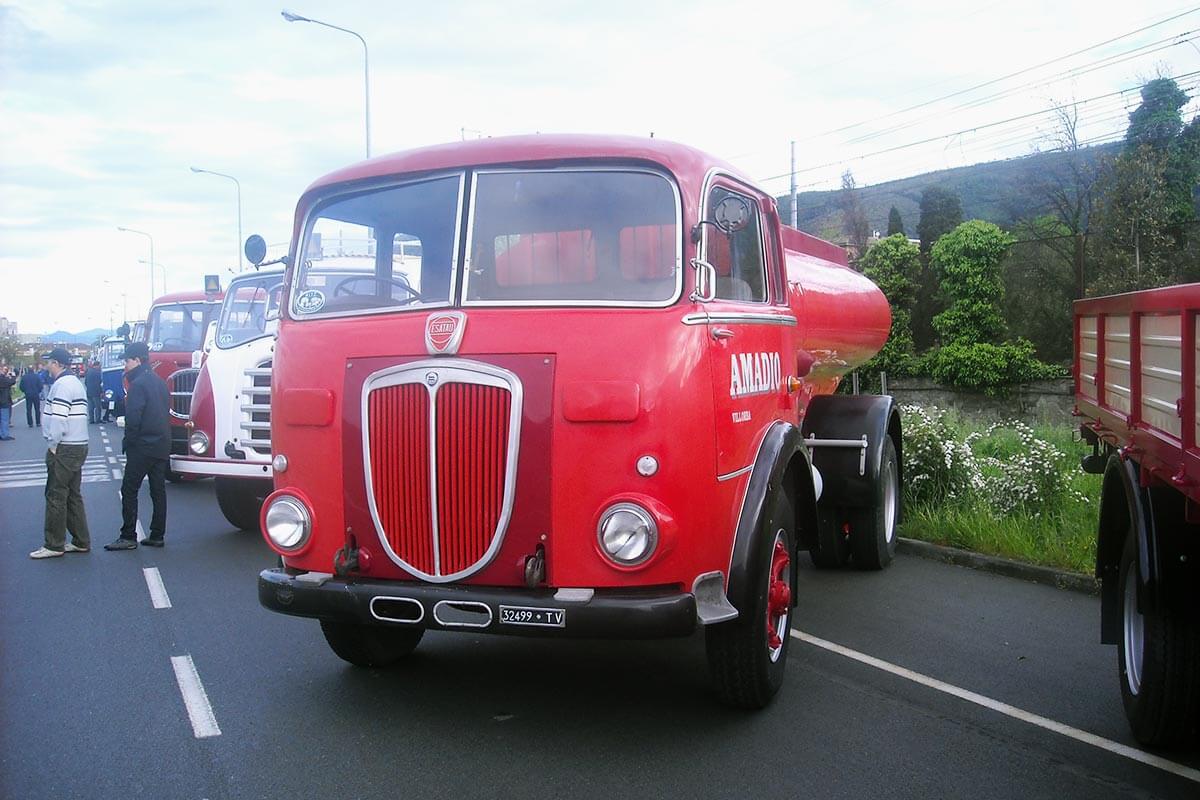 Lancia Esatau, the story of the snout that changed Italian transport

Like many other Italian car manufacturers, Lancia also owned a special division that dealt with the construction of heavy vehicles. This was Lancia Veicoli Industriali, which, from 1912 until 1970 when it became part of Iveco’s constitution, realized heavy vehicles. This is the case of the Lancia Esatau, a truck that, since the very first post-war period, has characterized the history of Italian transport for almost twenty years: according to estimates, between 1950 and 1963, 13,362 units were sold. Let’s go to the discovery, then, of its success story.

Lancia Esatau: the snout that changed the Italian transports

The history of the Lancia Esatau, like that of many other historic Italian trucks, began after the First World War. During those days of great commitment for the reconstruction, the limited financial resources and the reduced production capacity of the plants, did not allow to make large investments. So, in 1947, Lancia Veicoli Industriali presented a new vehicle: the Esatau 864. It was from here that the legend of the Esatau Lancia came to life, and today we are getting to know it.

The Esatau 864 was a futuristic project for the time when it was designed, although it still had the cabin backwards. Also for this reason, in the course of time, the Esatau would carry the nickname “snout”. The design, however, resumed Lancia’s style, starting with the front grille equipped with the typical chrome shield. Two versions of this truck were available: one with a long wheelbase, equipped with night berth, 5 meters long, and one with a short wheelbase, without the berth, which had a wheelbase of 4.3 meters. This last one was named Esatau 864 C and was mainly used for tippers.

To project it into the future, however, was the beating heart of the Lancia Esatau: the engine, in fact, was a six-cylinder production Lancia, hence the name of the vehicle, powered by 8,245 cm3 diesel fuel capable of delivering a power of 122 hp and a speed of about 60 km/h. The gearbox, on the other hand, was a four-speed gearbox plus the rear, coupled with a gearbox that brought the ratios to eight and the rear to two gears. The real difference with the past, however, lay in the operating costs of the vehicle and, in particular, the consumption of diesel fuel: the vehicle, in fact, was able to cover 100 kilometers with less than 20 liters of fuel. With a capacity of 7,500 kilograms, the vehicle was considered absolutely above average.

The vehicle was particularly successful, also because of its relative comfort at the time. The cabin, in fact, was equipped with a bench, which ran the entire width of the cabin. Behind the bench, then, there were two berths. The lower one, however, being behind the bench, required that the backrest of the bench be lowered, making it unusable if one of the two drivers – at the time mandatory during the march – wanted to rest. A small curiosity: the cabin, in the version with berths, was equipped with eight windows in total. Two at the front, used as windshield, two side windows that could be lowered in the doors, two for the sleeping area and two at the rear. As for the front windows, these were hinged in the upper part and could be opened in order to let fresh air flow inside the cockpit during the most torrid days.

The three-axis Esatau, the family widens

The following year, it was 1948, Lancia Veicoli Industriali presented a new vehicle. It was the Esatau 964, a variant of the Esatau 864, which mounted a third axle behind the bridge. This version, in reality not particularly widespread for the caissons, was particularly suitable for tanks. In fact, the sleeping area was often used as a closet to cram the hoses.

In the meantime, while the Pesanti family entered Lancia in 1955, an example destined to make history came to life at the Piedmontese auto body shop Casaro. It is the Esatau A, a version of the Lancia vehicle that moves the cab forward. The rumor of this new version began to spread in the environment, which among insiders took the name Esatau Casaro.

Esatau B, Lancia says goodbye to the snout

Ten years after the launch of the first Esatau, Lancia decides to renew its vehicle. Thus, in 1957, the designers of the house took a decision that was destined to change the history of Italian heavy vehicles and beyond forever. The Esatau B, as the new version was called, welcomed the novelties of the Casaro bodywork and suddenly lost its snout. A decision so radical that the truck drivers of the time called it “half truck” precisely because it was missing a part.

And yet, the Lancia Esatau B introduced a series of technological innovations of the highest order. Starting with the pneumatic system that moved the clutch, mounted directly on the gearbox instead of in the engine compartment, the braking system, the engine brake and even the windscreen wipers. Then there was the cabin of the Esatau B, which due to its spaciousness, in some areas of Veneto, was called “the little house in Canada”, like the song famous in those years.

What convinced thousands of truckers, however, was the charm and the image of comfort that this vehicle was able to evoke: the good level of finishing, the well-kept line, the spacious cabin were all elements that conquered the hearts of many. Not only in the world of freight transport. Even in passenger transport, the Esatau was able to make room for itself. In particular, the frames of this vehicle were the base for buses and trolley buses of the major city transportation companies. This was the case, for example, with the ATM in Milan and the ATAC in Rome.

Only one note – it is the case to say it, without irony – clashed because of the Esatau. It was the accident in which the well-known singer-songwriter Fred Buscaglione died. At dawn on February 3, 1960, in fact, the singer was on board his Ford Thunderbird while he was crossing the Roman district of Parioli. On his way, however, he met a Lancia Esatau loaded with porphyry, against which he crashed without letting him escape.