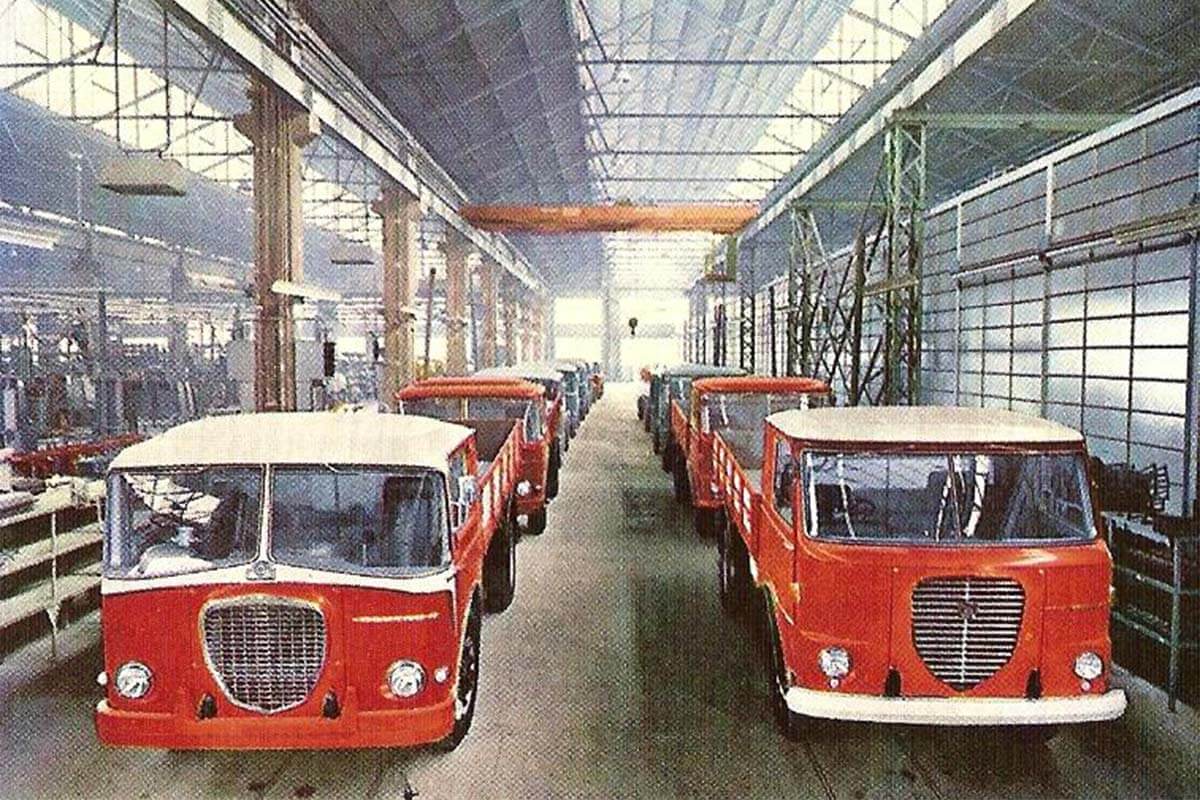 Lancia was, without doubt, one of Italy’s most important car manufacturers. Its cars have, over the decades, contributed to the lustre of the country, both on the road and on the racetrack. Not everyone knows, however, that not only cars but also Lancia trucks have passed through the production lines in Turin. The production of trucks, in particular, was entrusted to Lancia Veicoli Industriali, whose history we will retrace today.

Nowadays, Lancia trucks can mainly be seen at historic truck rallies. Yet there was a time when Lancia trucks covered tens of thousands of kilometres, contributing to Italy’s economic recovery. Not only that, because as is Lancia’s history, some of the Turin-based company’s trucks also defined new models of style and functionality in commercial vehicles. Before going into detail, however, let us start with the origins of Lancia Veicoli Industriali.

The origins of the history of Lancia Veicoli Industriali

The origins of Lancia are probably familiar to all motoring enthusiasts. When in the early 1910s the company inaugurated its new production site in Turin’s Borgo San Paolo district, the opportunity arose to launch new activities, including the production of trucks for military use. As early as 1912, therefore, the embryo of what was to become Lancia Veicoli Industriali began production of a truck, named 1.Z, specifically for the Royal Italian Army, which was deployed in Libya at the time.

With the outbreak of the First World War, Lancia was converted to a war economy, being declared an auxiliary war plant. While continuing production of the 1.Z, Lancia also introduced the 1.Z.M., equipped with a 4,942 cm3 four-cylinder engine. This model also survived the First World War, being used during both the Spanish Civil War and the Second World War. In total, however, 3,437 Lancia trucks rolled off the production lines in Turin during this early period.

Lancia trucks at the turn of the century

With the end of the First World War, of course, Lancia also had to reckon with reconversion. The company’s founder, Vincenzo Lancia, decided to concentrate on automobiles at this time, as road freight transport was still modest and wartime vehicles somehow met demand.

It was not until 1921 that Lancia Veicoli Industriali started production of trucks for civil use. These were the Lancia Trijota and the Lancia Tetrajota, which were fitted with the four-cylinder 70 hp engine at 2,200 rpm. While the former was mainly bodied as a truck, the latter was mainly used as a bus. In total, however, 585 trucks were produced until 1924. In this year, in fact, Lancia Veicoli Industriali introduced a new vehicle, the Lancia Pentajota. A true giant of the road, which in terms of capacity was able to compete with American vehicles. The Pentajota, which once again mounted the 70 HP engine, was able to reach a maximum speed of 65 km/h. Production of this vehicle, divided into two series, continued until 1928 when 1,721 units had rolled off the Turin lines.

The next model, the Lancia Esajota, was a mere experiment produced in only thirteen examples, and the Lancia Eptajota came along in 1928. Thanks to this model, Lancia trucks once again came to dominate the market: up to 1934, the comfort and power of the vehicle led to around two thousand orders. Subsequently, insufficient power and significant competition forced Lancia to design a new industrial vehicle. The next model, the Lancia Omicron represented a big step forward. Starting with the engine, an inline six-cylinder with 7,069 cm3, which was capable of delivering an impressive 92 hp at 1,600 rpm. What convinced the market of the vehicle’s worth, however, was its proverbial indestructibility. One example: some vehicles are said to have exceeded a mileage of two million kilometres. When Lancia acquired the manufacturing licence for the Junkers diesel engine, then the Lancia Ro was born, which was also produced in a military version: thus the Ro-Ro was born, on which the Junkers three-cylinder 4,771 cm3 engine was mounted, and the 3 Ro, which instead was equipped with a five-cylinder 6,871 cm3 engine. The latter, in particular, was produced until after the Second World War for a total of around 12,700 vehicles.

After the war, Lancia Veicoli Industriali again had to face reconversion. In 1955, the company was bought by Italcementi and continued the production of its own vehicles. There were essentially two symbolic vehicles of this period: the Lancia Esatau, production of which began in 1949, and the Lancia Esagamma, which began production in 1962. With regard to the Esatau – more precisely the Esatau 864 – it is necessary to divide its history into two parts: the first, which began in 1949, saw the Lancia truck with a rearward-facing driving position. For this, the Esatau was also nicknamed the ‘musone’. The second phase, however, began in 1952, when Lancia installed a sole engine in the Esatau, which allowed the driving position to be moved forward. This Lancia truck was produced in several versions, some of which were used to transport people as buses. Overall, however, the Esatau was a commercial success, production of which continued until 1963.

As for the Esagamma, a vehicle designed for a laden mass of up to 19 tonnes, its production was started in 1962. This truck from Lancia Veicoli Industriali presented itself on the market as absolutely innovative, capable of competing with many competitors. The story of the Esagamma, however, was also the story of the last Lancia truck. In 1969, in fact, the Turin-based company was taken over by Fiat Veicoli Industriali, which considered it unprofitable to continue the production of Lancia trucks because they were deemed too expensive. Nevertheless, the last vehicle was registered in 1978.

After the merger with Fiat, and even more so with the birth of IVECO, Lancia trucks gradually disappeared from the market and Italian roads. Not their memory, as the many lovers of this type of vehicle will testify.