Logistics on the way to hydrogen 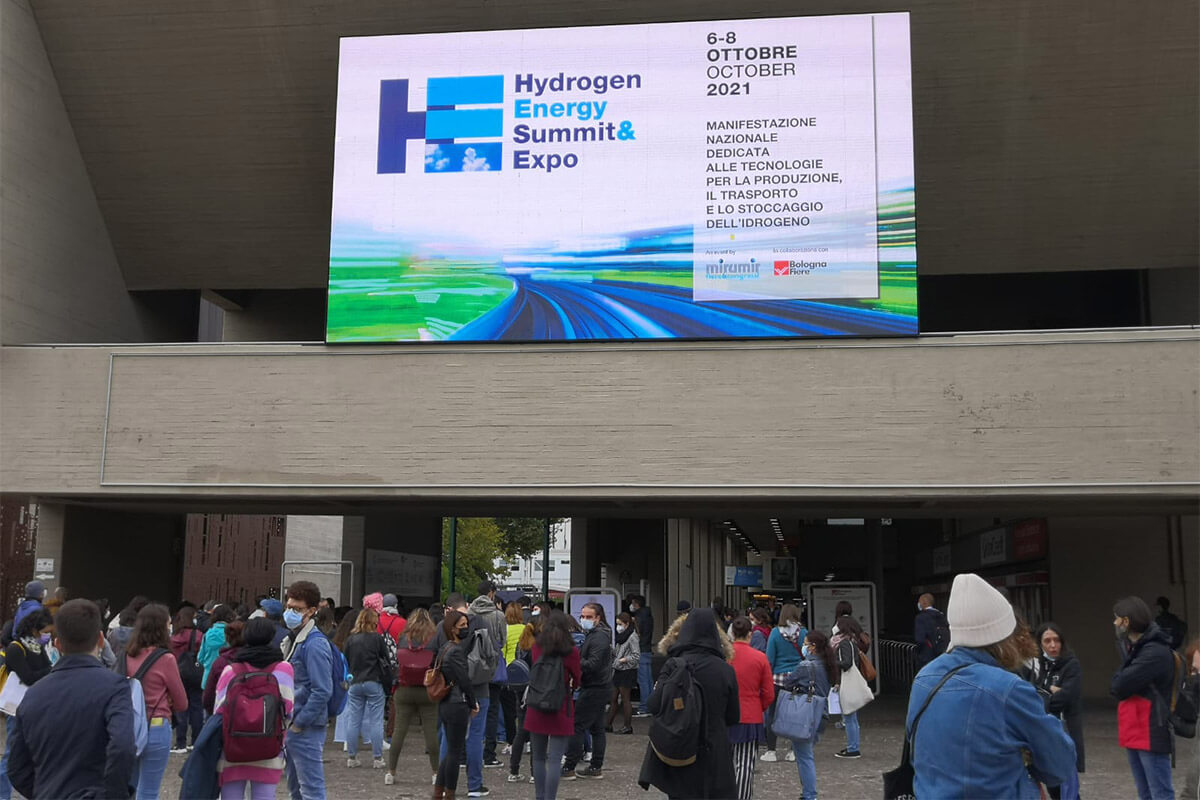 Logistics on the way to hydrogen

During the event held on October 6 at Bolognafiere, entitled “Logistics on the way to hydrogen”, the CEO of SMET Group, Domenico De Rosa, discussed with other players in the industry on the use of hydrogen in the world of transport and logistics. For those who want to review the entire event, you can find it below.

Massimo Marciani: What is SMET’s approach to a new technology such as hydrogen?

Domenico De Rosa: «Our Group has always been close to sustainability. The starting point, therefore, was sustainability, then intermodality, thirty years ago, as the first approach to the modal shift that allowed CO2 reduction. First maritime, then rail, and most recently combined intermodality squared: that is, we put road, rail, and sea together. Since 2014 we have started the energy transition path on alternative tractions to diesel. So we experimented abroad first and then in Italy with LNG, liquid methane. When we arrived in Italy there was only one distributor in Piacenza. An intensive path made by us and other pioneers in the trucking industry, who invested in questionable products: we had reduced power and reduced autonomy, and this shows what sacrifices we made and how much we believed in the energy transition. After a number of years, we are in 2021, the LNG standard is absolutely shared, we reduce CO2 by 15%, particulate emissions into the atmosphere by almost 100% and therefore very important goals in terms of environmental sustainability. We have a problem of exogenous factors, which are severely undermining the economic sustainability of this industrial model, since, in less than twelve months, the raw material for speculative reasons has more than doubled. So what was the total cost of ownership set on these vehicles has completely blown up. At a conference on hydrogen, which in our opinion is the goal to be achieved, it is a top priority because, if this speculation on methane and liquid methane were to occur, we could find a shelter behind the production of hydrogen and behind fuel cells. Today we are watching with even greater interest, and that is why we are accelerating some projects to be worked out together with producers. Road transport needs to have sustainable horizons, both from an environmental and economic point of view, because what is happening is really very dangerous in a general context already marked by a crisis of the travelling personnel, a very reduced capacity compared to demand. On the horizon we have the Christmas period, which will be faced with enormous difficulty. And with this energy crisis, which largely concerns methane but also diesel, in our opinion can strongly compromise the transport companies. Therefore, hydrogen is not only a prospect but also a great actuality and necessity today».

Paolo Barilari: Are other countries more advanced than us on the issue of hydrogen?

Domenico De Rosa: «Certainly the sensitivity in northern Europe is much greater, by tradition. Our comparative remains Spain, because it goes without saying that southern Europe is at a different speed than northern Europe. This is for many reasons, both social and economic, so our benchmark is Spain. It must be said that, even compared to Spain, some dynamics have seen us lag behind as a country. Suffice it to say that the crisis of recent weeks with respect to the price of methane is not equal in Spain. In markets where we are very strong, such as Italy and Spain, we see that the downgrade is not the same in Spain, where instead the price has risen, but in a reasonable manner compared to the inflationary moment, while in Italy we had a surge. This is due, in our opinion, to the infrastructure: Italy pays a very high price for an unprepared infrastructure, for the no, for the slowdown in innovation. Spain has foreseen, for several decades, the theme of LNG, for over fifteen years have been active in urban mobility and for many years is pushed with liquid methane, and therefore have less need to refer to external producers and exogenous sources. The same theme is on hydrogen, so we still have to make up a gap, but we have important industries, such as SNAM, which is very very well established. In fact, if politics were to make and implement a detailed decree with regulations that would improve and make efficient, above all, the timing of this new technology, it would be an opportunity not to be missed, or at least to catch up with other European countries that will make hydrogen their flag for future innovation».