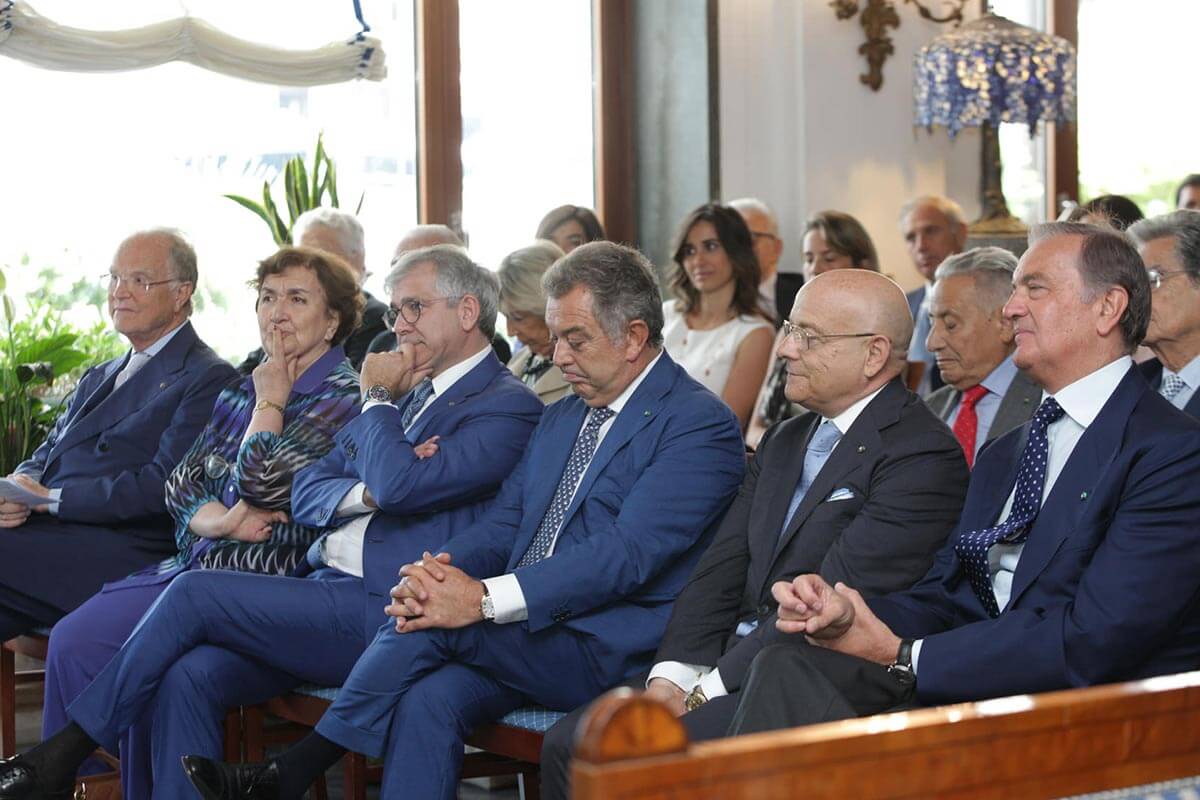 Luigi De Rosa, from today, can boast of the title of Knight of Labor. Smet‘s sole director, by decree of the President of the Republic, Sergio Mattarella, at the proposal of the Minister of Economic Development, Carlo Calenda, has been proclaimed together with twenty-five other Italian entrepreneurs. A title that rewards the commitment, during the last forty years of history of the company, which has always operated in the field of logistics and road transport.

The life of Luigi De Rosa and Smet

Luigi De Rosa was born on December 13, 1955. Since he was young, he has worked alongside his father, Domenico, in the family business. At the age of twenty, in 1975, he was already active in his father’s transport business. In that year, De Rosa took over the first idea of what was to become Smet, which everyone now recognizes as a leader in the road transport sector.
Realizing the potential of the sector, De Rosa launched a policy of expansion in terms of integrated logistics. In particular, De Rosa’s commitment is aimed at the automotive, glass and chemical sectors. Thanks to the acquisition of important international orders, the Smet group soon became a multinational group, operating throughout Europe. The group opens subsidiaries in Spain, Germany, France, Greece and Romania. In addition to the general management, which operates in Salerno, these subsidiaries also have nine other operating offices located throughout Italy.
In 1993, De Rosa and Smet acquired Fiat Auto’s logistics business units, specializing in outsourced complex logistics flows, advanced warehouse management and the development of further industrial component processes. In 1996, Smet Trasporti turned its attention to intermodal maritime transport. In a short time, the transport company became a leader in transport along the Mediterranean, Tyrrhenian, Adriatic and Baltic Seas, with branches as far as North Africa.
Thanks to this frenetic activity, which has been going on for over forty years, today Smet is a leader in the field of logistics and road transport. This leading position is reflected in the numbers: the entire Smet group, in fact, employs over 600 direct and over 400 indirect employees, with an aggregate turnover of over 200 million euros.

De Rosa’s commitment to the territory

Although his entrepreneurial vision has led him to extend his activities throughout Europe, De Rosa has never put aside the link with the territory. It is also for this reason that Smet’s head office has never left Salerno. Here, Luigi De Rosa, supported by his family and in particular his children, has continued his commitment to the territory. Both in order to bring employment to the area of birth, and to defend the environment through policies aimed at reducing the impact on nature. With this in mind, the Smet group has long since started a program of replacing its fleet with ecological vehicles.

Satisfaction with the appointment of Confcommercio Salerno

Luigi De Rosa, together with Smet, is a member of Confcommercio Salerno. A great satisfaction, therefore, also for the president of the association, Andrea Prete: «I am very pleased with the appointment as Knight of Labor of Luigi De Rosa of Smet, a company from Salerno in the logistics and transport sector – commented the President – finding his name among the 25 new knights, awarded today by the President of the Republic, is a reason for great satisfaction for all the entrepreneurs of Salerno. A recognition that acquires even more value, because it was obtained by a southern entrepreneur: a man at the head of an organization that has successfully taken up the difficult challenge of global competition». One aspect, that of international competition, was also underlined by the President of the Knight of Labor federation: «This is where Italy’s ability to successfully face international competition is represented – said Antonio D’Amato – and to establish itself on global markets».