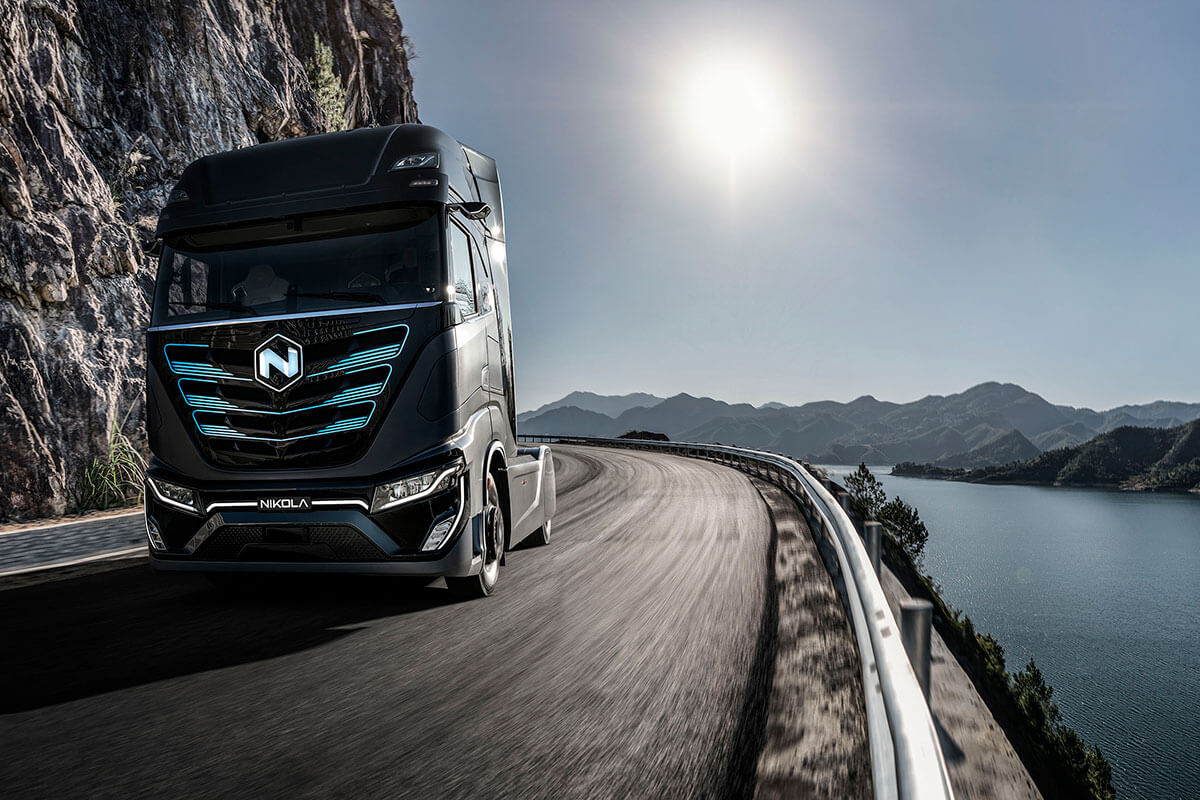 As announced in September 2019, the partnership between CNH Industria and the U.S. startup Nikola Motors has begun. The first result of the strategic agreement between the two realities is called Nikola Tre and aims to be the first electric heavy vehicle widespread in the European market. 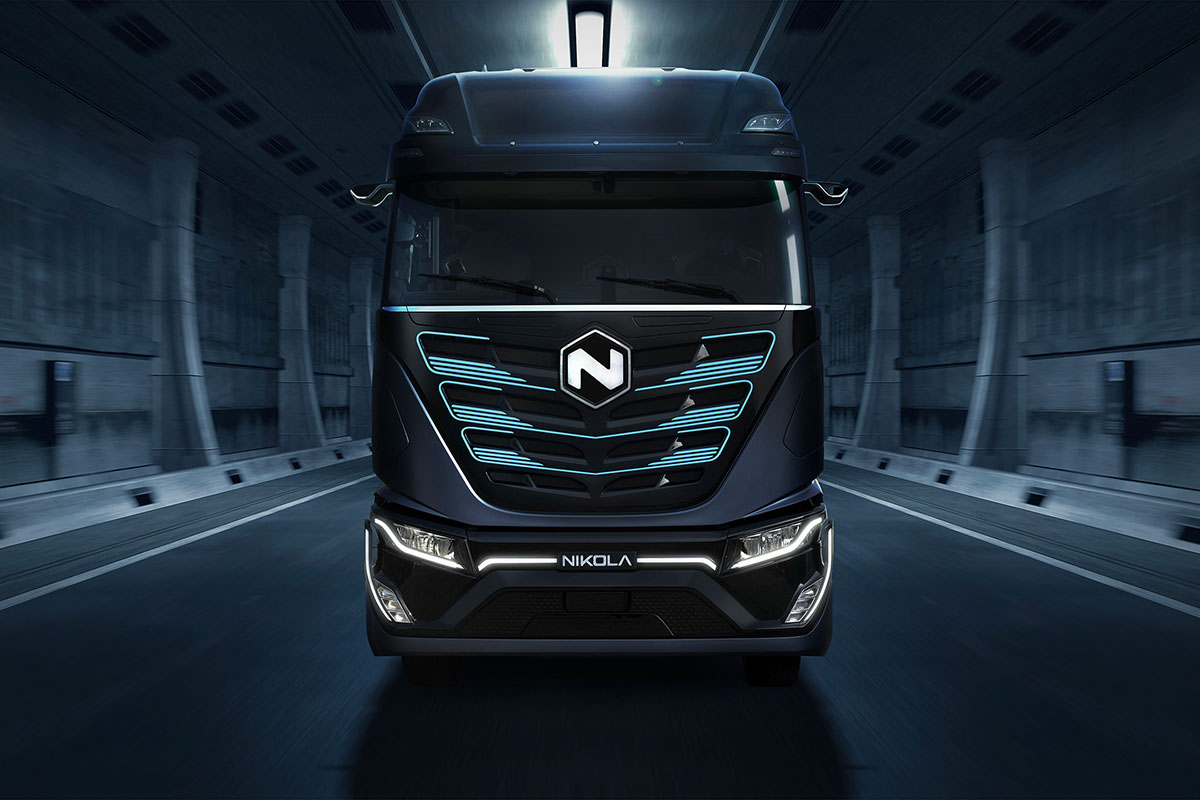 The Nikola Tre, presented by CNH Industrial and Nikola Motor, represents a maquette of battery-powered and, later, hydrogen-powered electric trucks – in short BEV, in the first case, and FCEV, in the second – developed for European markets. The starting point of the Nikola Tre is represented by the bodywork of the Iveco S-Way, integrated with Nikola Motors technologies, both in terms of electric traction and infotainment. The BEV, thanks to the modularity of the project, can be transformed into FCEV.

Thanks to its electric motor, capable of delivering up to 480 kW of continuous power with a peak torque that reaches 1,800 Nm, the maximum speed reached will be 121 kilometers per hour, equal to that of a diesel powered model. In case of slope up to 6%, the vehicle will also be able to reach 56 kilometers per hour. Finally, the vehicle is able to start from a standstill at full load on roads with a gradient of up to 17%.

As far as refueling times are concerned, the electric version of the Nikola Tre takes about 120 minutes to recharge 80% of the batteries. On the other hand, it takes about 15 minutes to fill the hydrogen tank – equipped with a capacity of 80 kilograms of compressed gas at 700 bar -. In this regard, Nikola motors has already announced its intention to build 70 filling stations, as orders arrive. These stations are equipped with hydrogen production modules which, through water electrolysis, should be able to produce about 8,000 kilograms of hydrogen per day. This, then, will be stored in gaseous form at 350 bar and then further compressed during refueling. 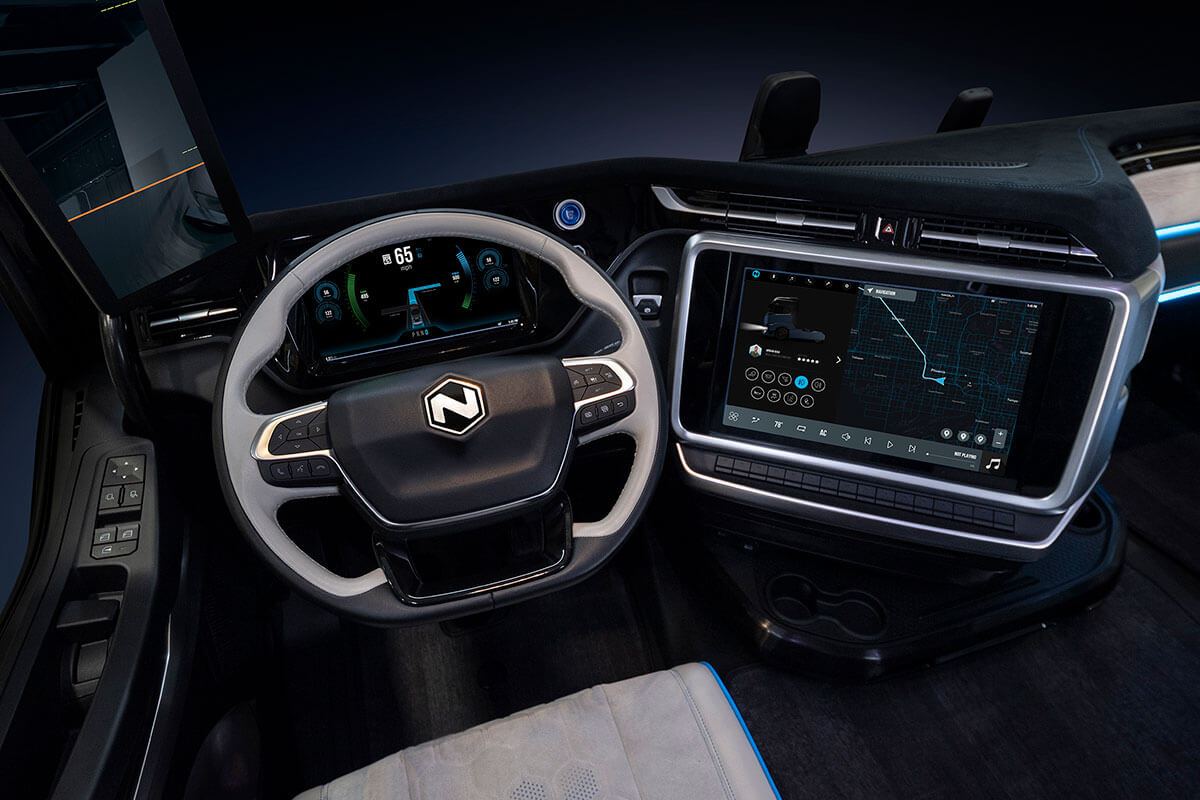 Another great novelty of the Nikola Tre is the infotainment system, the result of the development of Nikola Motors and Iveco. The system, in fact, is equipped with two displays: the dashboard display, managed by Iveco’s software and Nikola’s software in the part where it manages the accumulators, and the dashboard display, on which only Nikola’s software is “mounted”. From the latter, the driver has the possibility to manage every aspect of the vehicle, both in terms of navigation and infotainment. In particular, through the operating system, it will be possible to manage elements such as rearview mirrors (mirror cams mounted instead of the more traditional mirror), suspensions and even driver seat adjustments.

The new vehicle, in the electric version, will be officially on the market already in June 2021. The hydrogen version, instead, should be ready by 2023. Unlike any diesel powered vehicle, Iveco and Nikola could develop a new commercial approach: instead of the sale the interested parties could pay a mileage fee, including electricity and hydrogen refueling. The cost, however, should be in line with that of traditional vehicles.