Automotive logistics: an assembly line on the road 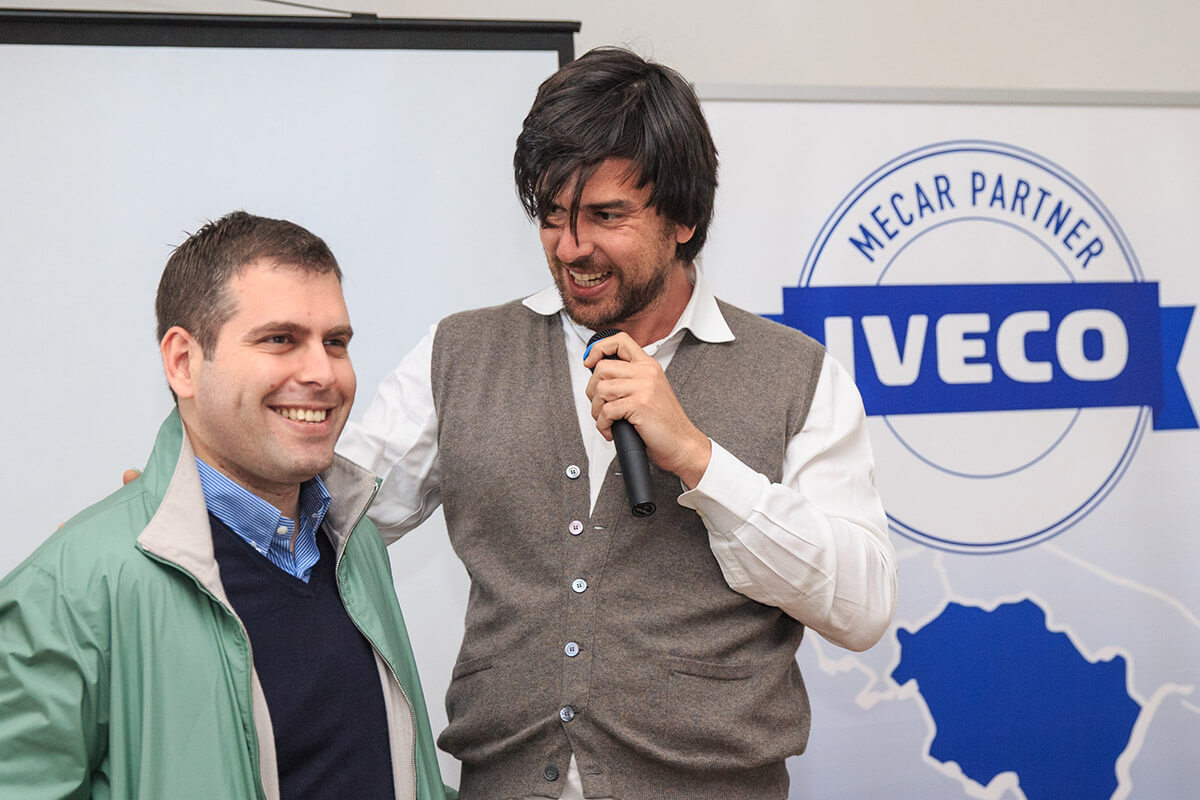 Automotive logistics: an assembly line on the road

It’s the story of a family and a business. A plot of life and work, which runs through time and along the roads with goods to be transported on increasingly wide routes. The company’s brand is Smet, the family’s surname is De Rosa, the administrative headquarters is in Salerno, the land of origin of the founder of the road haulage and logistics company. Today, at the helm of the group is Domenico De Rosa, managing director representing the third generation of entrepreneurs, who thus focuses on the origins of the family business.

«Our company, the Smet Group, was founded in 1947 by my grandfather, Domenico De Rosa. It developed with the advent of my father, Luigi De Rosa. And, since 2008, with the third generation, it has had a European impulse, with my direct commitment within the Group. The peculiarity of our start, as you can imagine, is the transport in that time dedicated to the products of the earth, basic necessities and, already in the ’50s and ’60s, the product tanker for oils, not only industrial, but also for food products».

From the transport of local food products and basic necessities, starting with the social and economic reconstruction of a country, the Smet Group has milled miles and miles. It has gradually taken ever longer and more ambitious paths, in the wake of a challenge without borders. A challenge faced by focusing on specialisation, a key factor in guiding the company’s development.

«Surely both the commodities we are talking about, which are the automotive and the glass, that is the building glass that you see in the construction of a building, there is a need for a hyper-efficient structure. The automotive industry requires just-in-time, it requires joining very long distances with incredible precision. We usually cover distances from more than two thousand kilometers with an approximation of no more than 30 minutes to the exhaust. So everything really has to be synchronized with a complex, articulated and functioning organization».

Automotive and flat glass, then. The Smet Group focuses its efforts, commitment and investments on these two sectors, shaping their activities. But what are the characteristics, what are the peculiarities of this type of transport, particularly in the automotive sector? Domenico De Rosa, Managing Director of the Group, traces the distinctive signs of the family’s activity: a continuous race, in this case also against time, because this work is an iron planning, a synchronization of trips calculated per minute and per kilometer. We could almost say an assembly line on the road.

«For example, we link distances like Portugal with Italy, Romania with Spain, Poland with Portugal. It is clear that the final element of automotive logistics is the bodywork in which the products we see on the roads are assembled: cars rather than industrial vehicles. We combine all the inbound flow from a supplier that produces a single component, to the bodywork that assembles the entire range to give the finished product. Therefore, it is important to guarantee the production of these plants: in Italy the whole FCA area, then the polygon that exists in southern Italy (Melfi, Cassino, Pomigliano d’Arco, Atessa, Avellino and Foggia), the northern axis (Mirafiori and Brescia), in Spain where we have the PSA Group, in Germany where there is the Volkswagen Group. This is our primary automotive customer».

The distinctive feature of the Smet Group is that it invests in the future by planning the present in detail. Looking at entrepreneurial horizons through a careful analysis of the possibilities of development, linking it to technology and to a world that is changing at a whirling pace. For a transport company specialising in integrated logistics, the choice of increasingly innovative vehicles and the systematic renewal of fleets represent a decisive step forward. All the more so in this time when the efficiency of a company and the quality of the services it provides also depend on its ability to use increasingly sustainable means and techniques. In this direction, the Smet Group has participated in the testing of 18-metre long trucks, i.e. 1.5 metres longer than standard sizes.

«Surely the evolution of the industrial vehicle is continuous. Typologies change, dimensions change, sustainability characteristics change. We are a company that pays great attention to innovation and sustainability. In some respects we are natural stimulators in the legislative process. We pioneered the 18-metre project in Italy in 2009. We joined the first phase of the project, we were those who relaunched the second phase in 2012. We have withdrawn the largest number of licences in derogation for this type of train, which in fact increases the load capacity from 33 platforms to 37. By allowing the growing demand for transport not a proportional increase in the number of trucks, but an optimization of transport to all intents and purposes».

The road haulage market is torn apart by the serious imbalances caused by the lack of rules, which safeguard equal opportunities between companies in different countries. Eastern European companies are gaining ever larger market shares, thanks to significantly lower operating costs than those incurred by companies in the so-called old Europe. Working conditions, taxation and wages are very different, often not even comparable. The road package is under discussion in Brussels: Italian hauliers are calling for decisive action to curb phenomena such as illegal cabotage and social dumping. The European Commission is split, the political picture is extremely uncertain. Domenico De Rosa traces the possible scenarios from the Smet Group’s command box.

«I hope that a single European regulation can level out the competitiveness gap. There is no doubt that there is an inequality between European countries and this is not good for any company. Neither to the Italian company, which suffers, nor to the Hungarian company – so to speak – which benefits from a reduced cost, but it does not benefit the employee, who, suffering from European costs, does not take home much. I hope that European political responsibility will lead to legal levelling out».

As we have heard, the Smet Group took shape immediately after the war in Salerno. It is the concrete testimony of how a company from Southern Italy can assert itself on a continental basis, bringing typical values and winning characteristics around Europe.

«We always say that we have made important antibodies to face difficult markets. But for the result of our Group I have to give importance to what my father Luigi De Rosa did in the ’90s. That is, a company placement in Europe, positioning the center of gravity in northern Italy, between Turin, Venice and Milan. Today we have been able to develop a framework set in the 90s. I would say a lie if I said that it is a typically southern company, but certainly the value system is of the territory».