The two days of Alis: the main interventions at the event 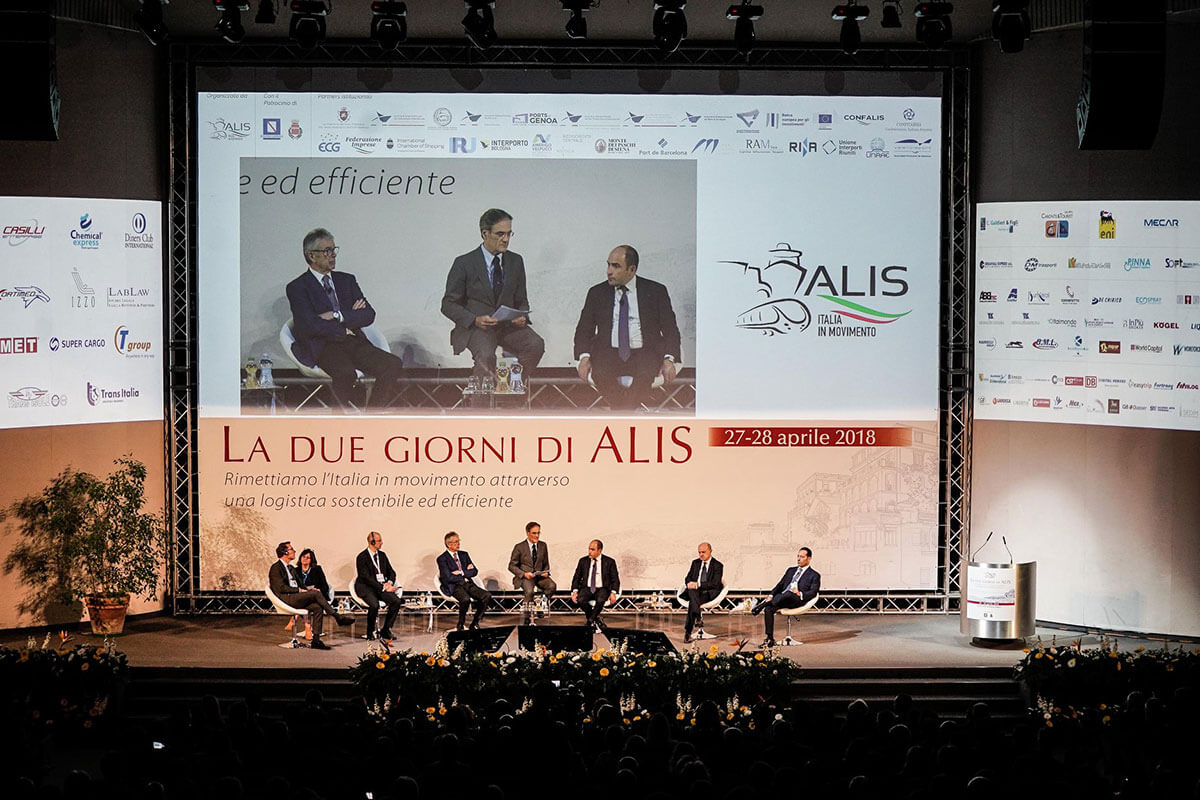 The two days of Alis: the main interventions at the event

The two-day Alis event, in which Smet Logistics took part as a top sponsor, has just ended, offering numerous food for thought to be included in the country’s political agenda. While still looking for the framework for the formation of the national government, Alis has collected the requests from the world of transport and logistics.

The two days of Alis, the internationalization of transport

The event opened with a panel dedicated to “Mediterranean Internationalisation – Sustainable transport as a key to success for European companies”. «Alis is the association that has identified the right path and traced a precise route to grow the country and companies. We have given a voice to Italian entrepreneurship and, with the challenge of intermodality, networking with companies, with the best energy, with good practices, we have created 1,500 jobs in a year – said Guido Grimaldi, president of Alis – As an entrepreneur, as a young southern entrepreneur I am proud. Of the results, of the collaboration with universities and Its, of the concrete answers given. And we will give more, because another 1,000 workers will still serve as has emerged from the work of these days». 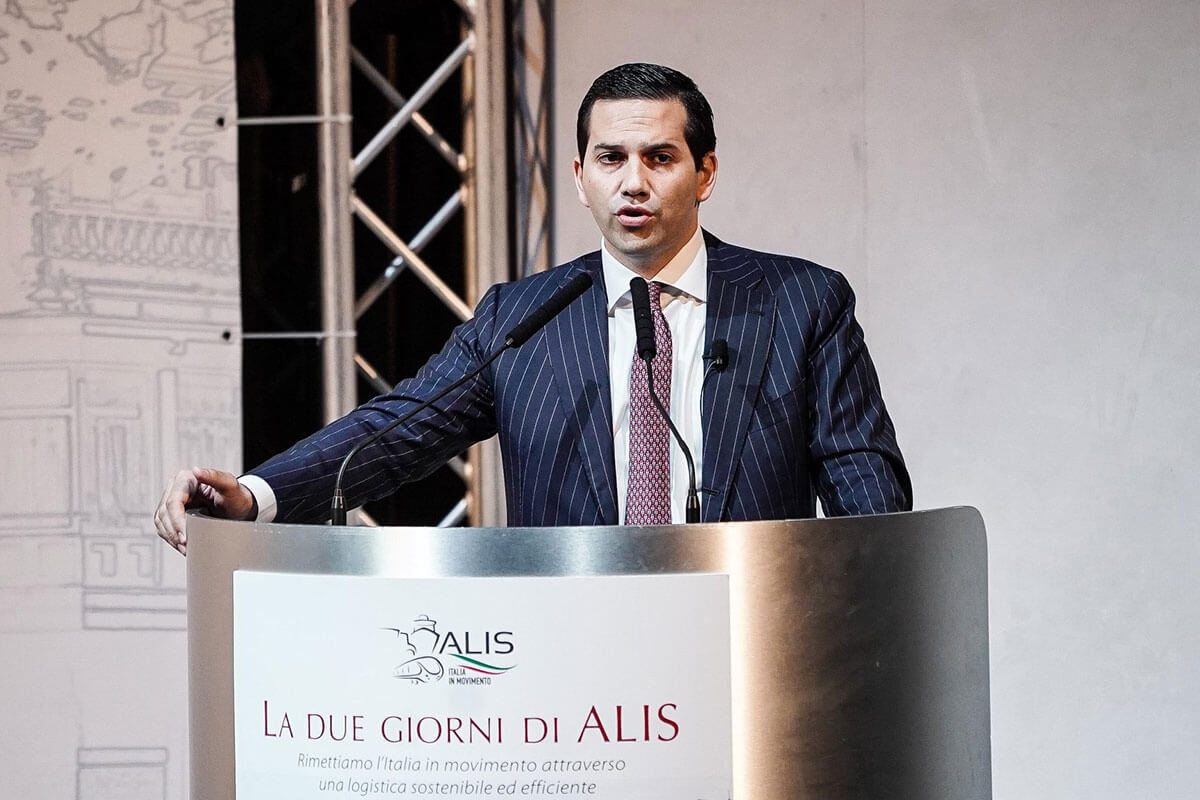 Thus, the number one of the Logistics Association of Sustainable Intermodality, which was held in Sorrento on 27 and 28 April, opened the discussion: «With more efficiency, with cost reduction, with innovation you avoid relocation from Italy and the South. It’s fundamental, and the numbers are on our side». On the stage, for the last session, the general manager for the vigilance on the AdSP and the maritime transport, the president of the Rina and nine presidents of the Authorities of Harbour System of the Country: «Also this is an excellent result, we must work together, to grow and to continue to make system».

To explain the reasons of the two days, then, also the General Manager of the Association: «Our engagement is that to obtain a normative proposal in order to avoid that our country is overtaken from other concurrent countries – says Marcello Di Caterina – Until today, we have done a lot and we are in condition to appreciate the job carried out. We hope that this government will start and start soon because we cannot lose what we have done so far». 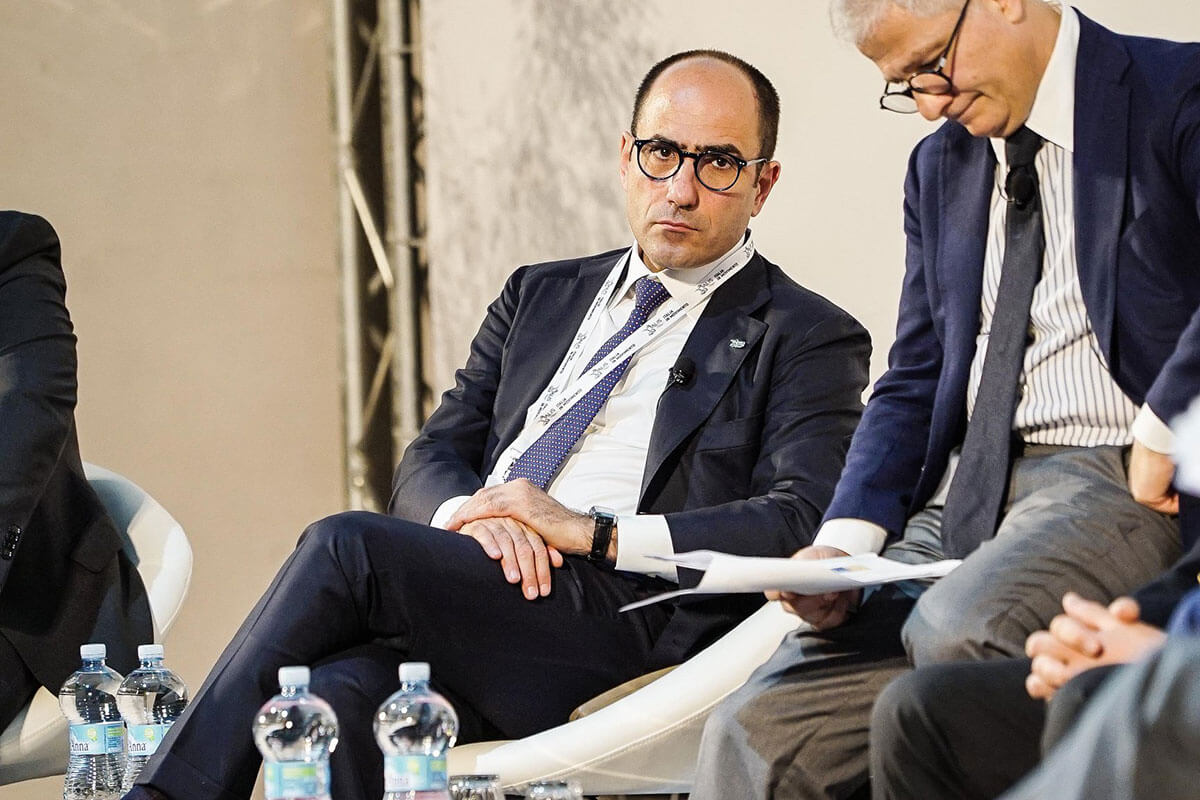 Italy in motion: the development of transport in the country

In the second panel “Italy in Motion – Development prospects for our country through sustainable and efficient logistics”. Among the speakers was the president of Ram spa: «Internationalization, for Italy, has been the answer to the crisis in recent years. It is enough to refer to the trade balance, which has gone from a liability of 20 billion euros to an asset of 50 billion. In this global market our main reference is Euro Area and Mediterranean – said Ennio Cascetta – For this reason we need an intermodal system that works better and better and is in step with the context in which we move».

Also the Italian Representation to the European Union has intervened in the course of the second meeting, devoted to the internationalization: «The positive examples, like that of Alis, help to develop a relationship with the European institutions – explains Beatrice Covassi – On the future of the transport important allocations of resources are in course with a plan from 41 billions of euro in order to facilitate the intra-European mobility and the speech of the transeuropee networks that is going ahead quickly. Attention to resources because in the next few years, because of Brexit, we will have less and less funds available and we will have to focus them only on strategic initiatives. Great networks and intermodality are two areas on which to focus decisively». 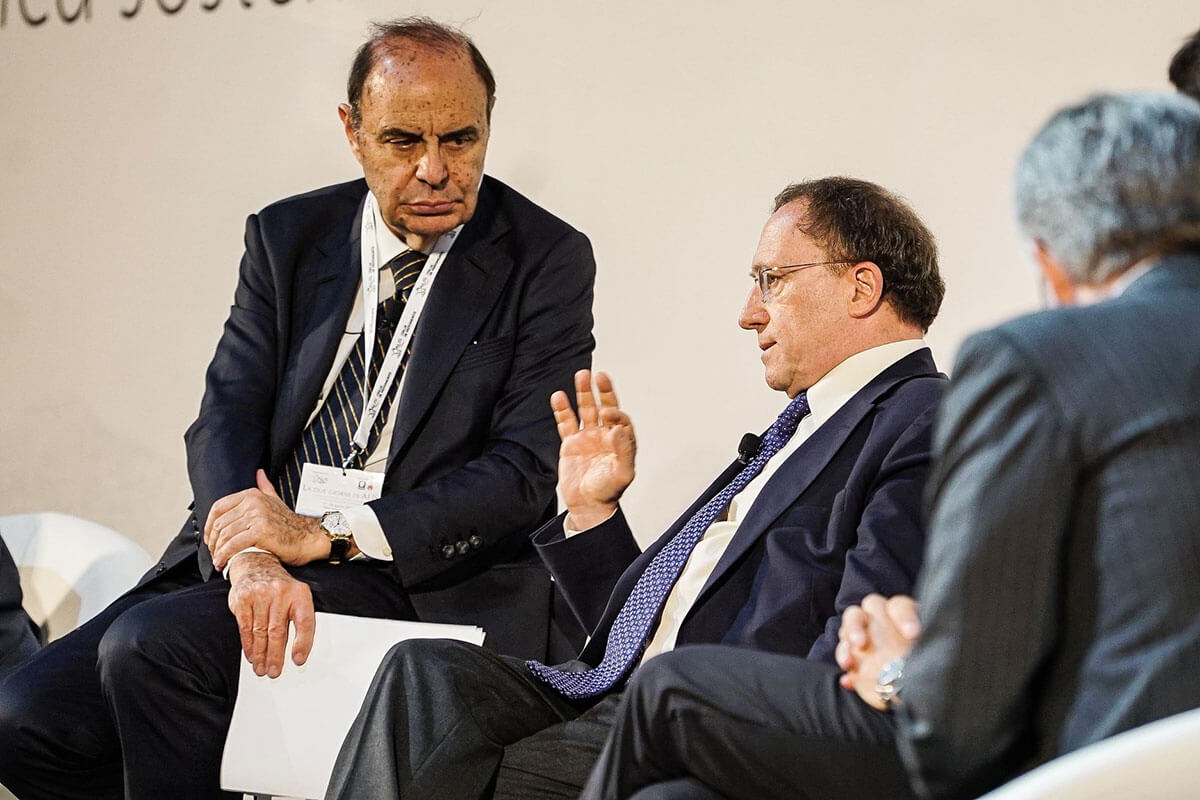 In the meantime, the Campania Region, through the voice of the vice president, confirms its commitment to the Pact for the South: «A new and useful tool to achieve the results that are the basis of economic development in Campania and the South. For a couple of years now we have been putting our production system back on track, both with the help of European funds and through measures such as the establishment of special economic zones – explains Fulvio Bonavitacola – We are intervening on the bureaucracy, trying to simplify rules and procedures with the aim of facilitating investment and business life. On this could be useful a direct comparison between the Government and local authorities, in order to create an increasingly efficient system. Because often if we do not go ahead with administrative actions and investments is for the fear of making mistakes».

Failure to reform the interports

In the background, a question that is still unresolved: that of the reform of the Interports, which, even today, is still missing from the appeal. «The country has not yet understood that logistics and transport can make a fundamental contribution to the economic growth of the country – says the former Undersecretary for Transport, Bartolomeo Giachino – Logistics by its nature, if missing a piece, does not work. That’s why I say that if you do not make the reform of the interports, a piece is missing. The country needs it. Our companies are losing traffic quotas compared to foreign countries because our system does not allow the necessary efficiencies. What else is missing? Two years after the reform, there is still no one-stop shop for controls». Confirming the concerns of the former undersecretary, the Presidents of the Interporto. «We must not only wait for the reforms, but we must all work together – warns Matteo Gasparato, president of the Interporto Quadrante Europa Consorzio ZAI – It is important to put all the nodes on the network. Because the numbers are already in our favor today». 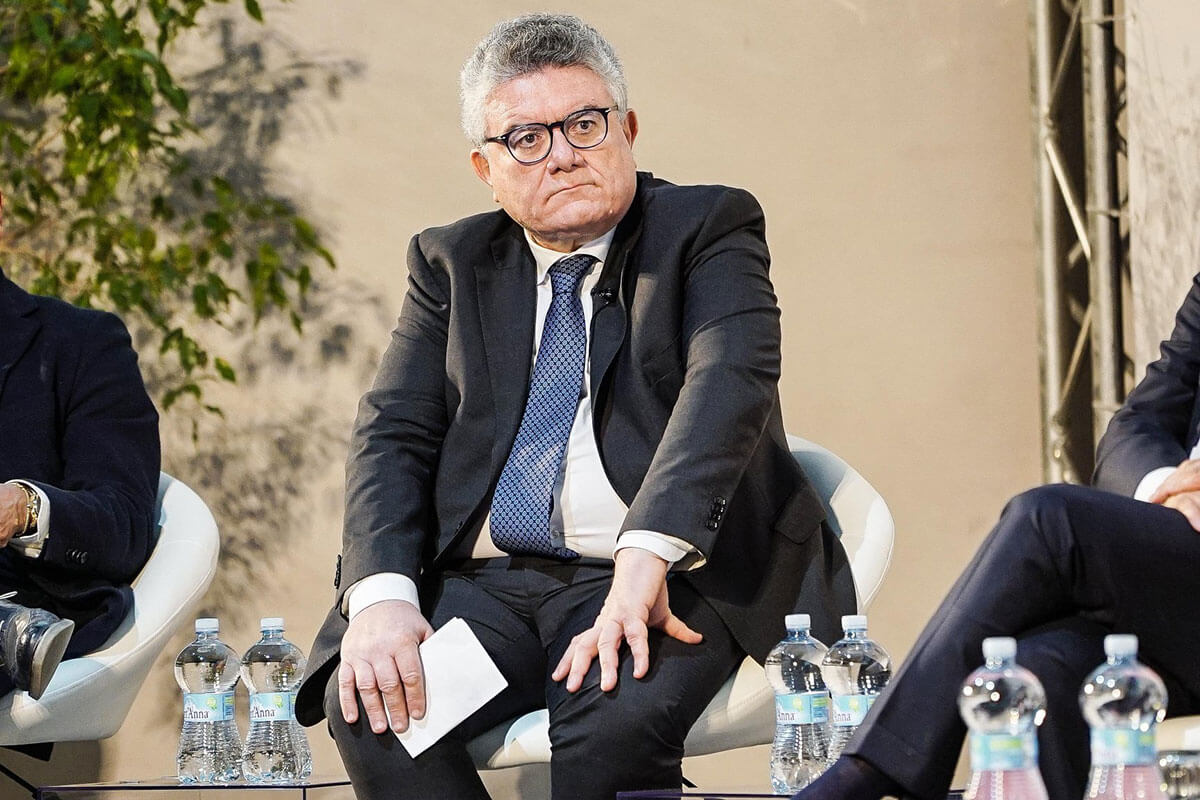 The Campania Region also took part in the event, through the Councillor for Economic Development: «Campania grew in 2018 at a rate of 2.3% – said Amedeo Lepore – We did so by putting in the industrial policy of the region some pieces among which the Zes are a key part. In 2016 we approved a document that was then the basis of the national law for the South. And it was precisely in this legislation that the Zes immediately became central. We have worked on the Special Economic Zones and focusing on ports and hinterlands. At the beginning the idea was to look at the ports of Naples and Salerno and only at the adjacent rear port areas, then we added Castellammare and the inter-port areas along three lines, the South to Salerno, the North to Marcianise and that of the Ufita Valley for connections with Bari. This design has not only passed but has also become by imitation an element on which other regions have reflected».