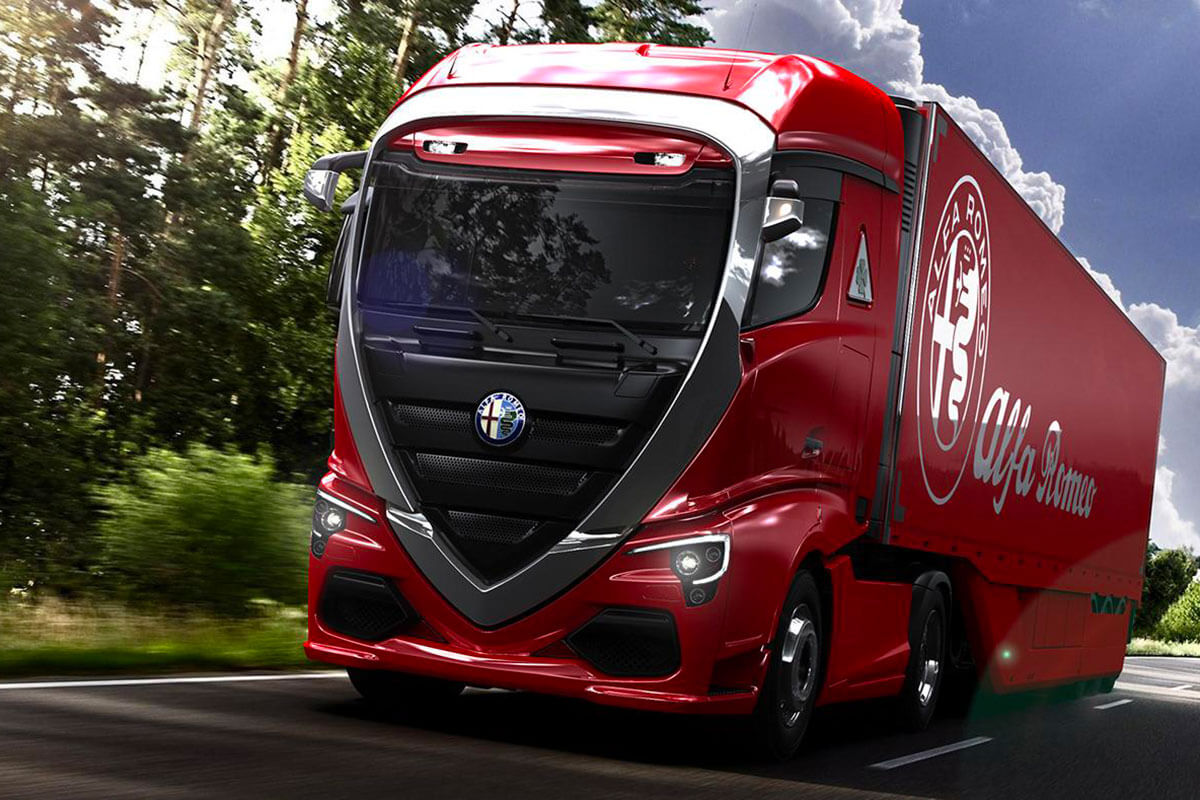 The most recent presentations of Alfa Romeo cars have undoubtedly attracted a lot of attention around the brand. This demonstrates a certainly high brand value. Perhaps not everyone knows, however, that there was a time when the Milanese company did not only produce cars. The production of Alfa Romeo trucks, in fact, has been rather long-lived. In this article, therefore, we will retrace the history of Alfa Romeo trucks without missing a few surprises.

Alfa Romeo trucks: from the origins to the last truck

Thinking of the biscione brand, many will run with the memory of the historical victories in the tourism world championships of the 80s. In fact, the history of Alfa Romeo truck production holds another record, at least in Italy. After Fiat, in fact, Alfa Romeo was the longest-lived truck manufacturer in Italy: from 1914 to 1988. Over seventy years of history, during which many models have followed one another: from the very first heavy truck, obtained by modifying a car of the house, the so-called 24 HP, to the first real b, the Tipo 50. The last models to leave the workshops of the house of the biscione, towards the end of the 80’s, were the AR6 and AR8 light commercial vehicles. Let’s see, however, which were the most representative models of the house. 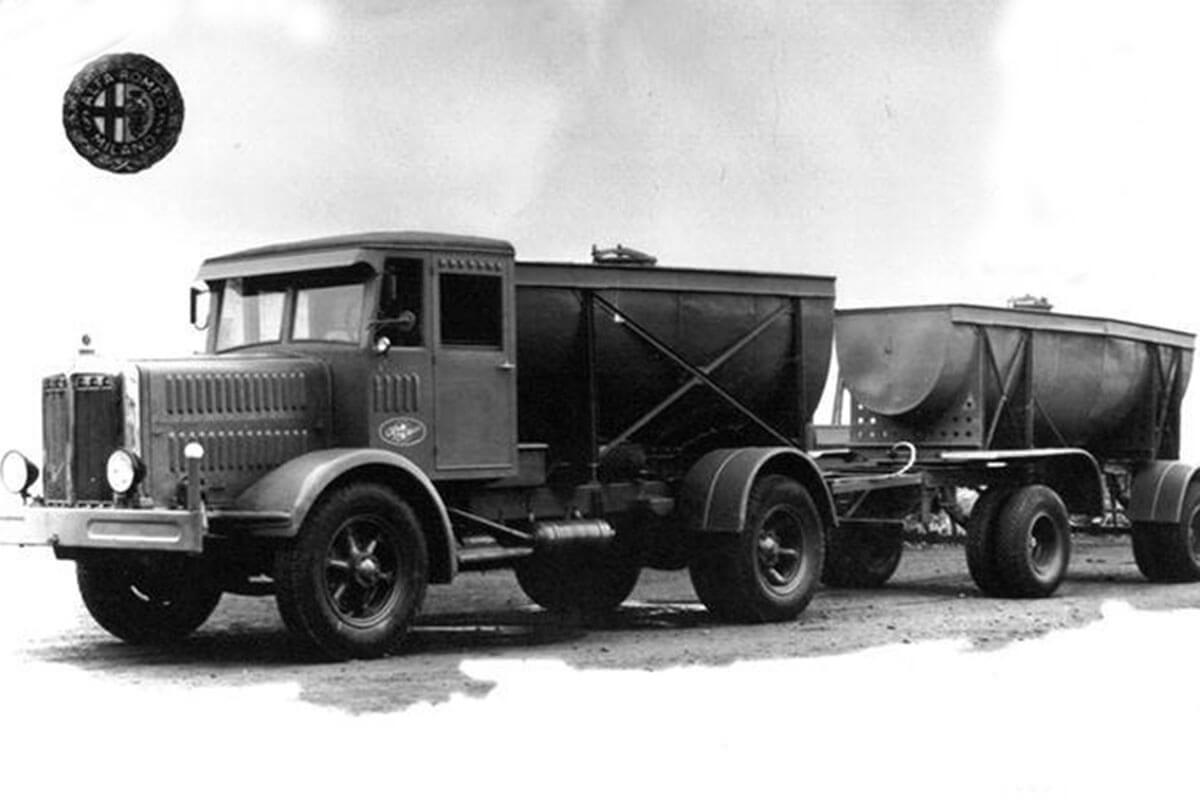 In 1914, as mentioned, Alfa Romeo had already started the production of its trucks. However, these were essentially vehicles derived from the same cars produced by the Portello company. To witness the production of real Alfa Romeo trucks, therefore, one had to wait until 1931.
In 1929, in fact, the Milanese company signed an agreement with Büssing – a German manufacturer based in Braunschweig, Lower Saxony – for the production of the NAG 50. It was a two-axle vehicle, with a total length of 8.95 meters and a width of 2.45 meters, equipped with a 10.6-liter six-cylinder diesel engine. The vehicle was capable of delivering 80 hp at 1,200 rpm, which allowed it to reach 33 km/h. Moreover, thanks to its imposing dimensions, it was able to transport large quantities of material. This, however, turned out to be its worst flaw: its cost, in fact, was too high for the Italian economy. In fact, in 1934, when its production ended, Alfa Romeo had managed to sell only 115 examples. The frieze of the house on the wall, however, gave it the nickname of “Biscione” with which it is still remembered today.
Despite the lack of success, shortly afterwards Alfa Romeo began production of another model, the so-called Alfa Romeo 80 – not to be confused with the car of the same name – equipped with three axles and an 11,560 cm3 diesel engine, capable of delivering 110 hp. This one, however, also had little luck. In fact, only 29 examples were sold. Then followed the Alfa Romeo 85, a revised version of the vehicle according to the specifications of the Royal Army. The engine, initially the same as the 80’s, was then increased to 125 hp.

As the years went by, Italy fully entered the Second World War. The transport needs of the Royal Army, engaged in military campaigns, grew. In 1937, the house of Portello presented an average vehicle of 3 tons of empty mass, which became much used by the Italian military and not only. The vehicle, in fact, in addition to the campaigns of Russia and the Balkans, was also used, until 1940, by the Fire Brigade.
The vehicle was 7.02 meters long and 2.20 meters wide, but it was characterized by its aerodynamic line, which was further improved in the following years. The Alfa Romeo truck was equipped with a six-cylinder engine, with 6,100 cm3 displacement, capable of delivering up to 75 hp. Thanks to this, the truck was able to reach a top speed of 45 km/h, but above all to travel with a full tank – corresponding to about 100 liters – up to 400 kilometers. Moreover, as demonstrated by the tests carried out in the Piedmontese Alps, the vehicle was able to overcome a gradient of 27%.
The versions of this vehicle were numerous. One of the most representative was the so-called “Command Truck”. It was twelve Alfa Romeo 500 and three trailers specially equipped to house the command offices of the Italian expeditionary corps in Russia. The truck, in addition to the offices themselves, was equipped with radio station, telephone station and electric generator.

Alfa Romeo 1000, the last heavy vehicle of the Biscione 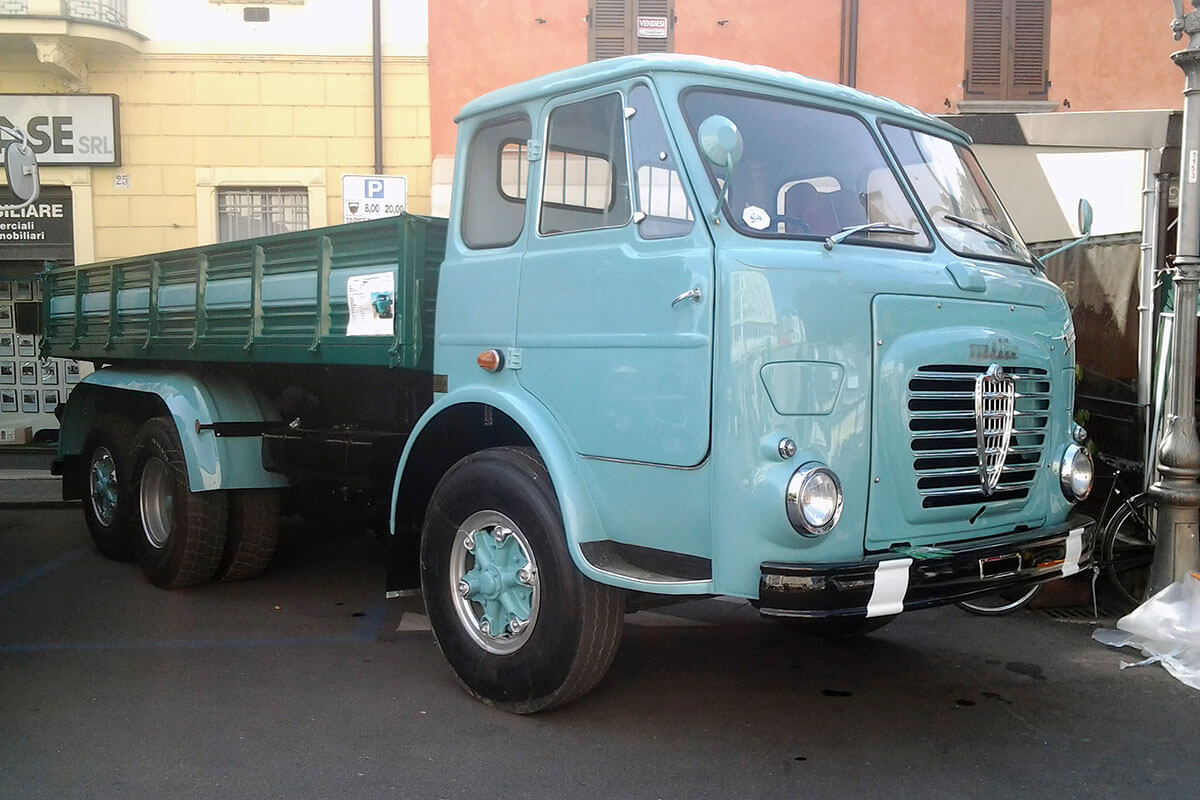 In 1957, a new vehicle was presented at the Turin Motor Show: the Alfa Romeo 1000 or, as it is sometimes called, the Alfa Romeo Mille. It was an evolution of the Alfa Romeo 800 project, but conceptually it seemed very innovative. The vehicle was equipped with two axles, but on request it could also be equipped with three or four axles. Equipped with an 11,050 cm3 diesel engine, capable of delivering 163 hp, the vehicle was able to reach a top speed of 60 km/h.
The production started in 1958: the cockpits were made by Aerfer, while the chassis were produced by Oto Melara. The production of the mechanics and the final assembly, instead, was carried out in the Alfa Romeo plants in Pomigliano d’Arco. However, due to the manufacturer’s lack of interest, as well as the strong competition to which the production of heavy vehicles was now subjected, in 1965 Alfa Romeo decided to stop production. Up to that moment, 2,518 units had left the assembly line. The Thousand was also the base for the Alfa Romeo Aerfer trolley bus, which circulated on Italian roads, at least in some cases, until the 2000s.
After this experience, as we know, Alfa Romeo devoted its attention to other vehicles. Nevertheless, from time to time, renderings of possible Alfa Romeo trucks circulate on the network. And who knows, one day or another, we may not actually see them on the road. In the meantime, you can feast your eyes on some of Italy’s historic trucks or, even better, on Italian vintage trucks.