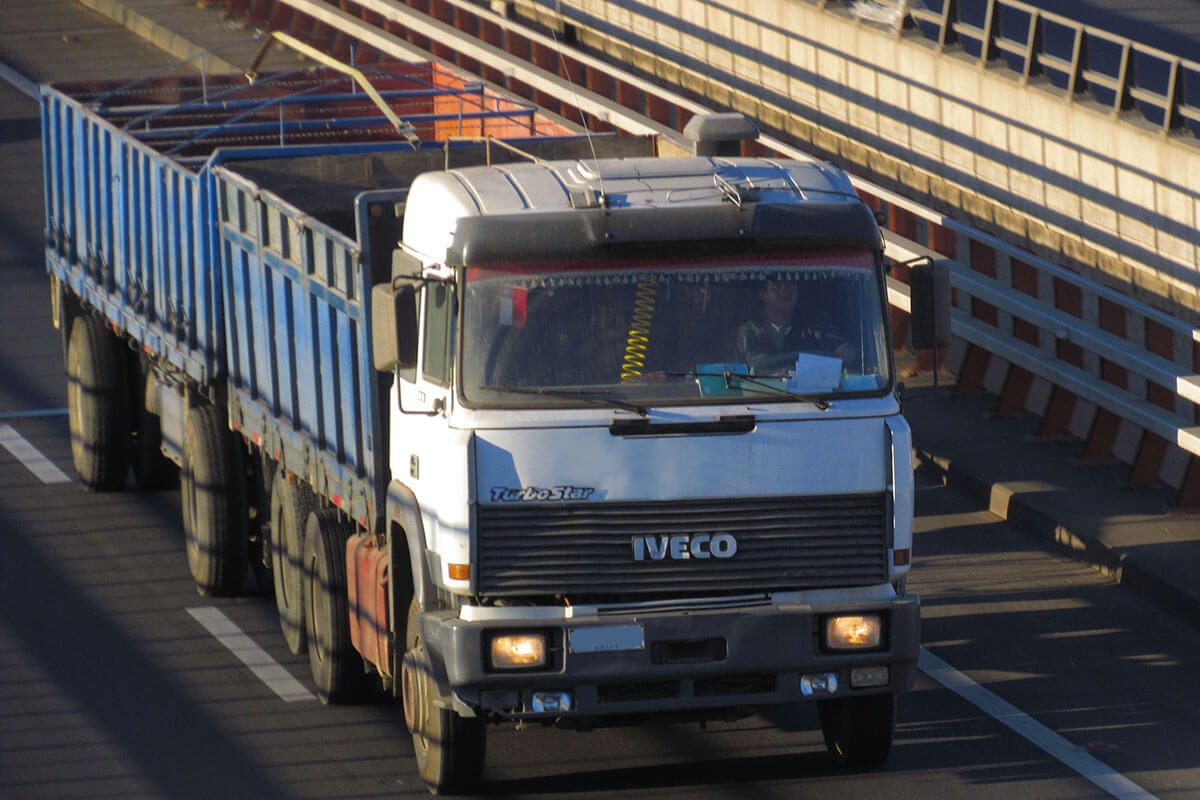 In the world of transport there are real icons. Vehicles that, for various reasons, have become legends on wheels, capable of making the hearts of enthusiasts beat faster. Among the heavy vehicles, without a shadow of a doubt, is Iveco TurboStar. Its production began in 1984 and continued for less than a decade, later replaced by the more modern Iveco EuroStar. And yet, even in such a short period of time, it has managed to become a reference for both operators in the sector and competitors. Today, we get to know it more closely, retracing its history and the characteristics that have turned it into a legend.

There are many historic trucks that, still decades after their design and production, exert a strong fascination on lovers of heavy vehicles. Iveco TurboStar, among all, is the one that still gathers the greatest number of preferences. Not only because it represents the essence of the Italian heavy truck, but also because it was appreciated for its cutting-edge technical skills and its equipment that immediately placed it at the top of its category. Let’s discover the history of this vehicle.

The history of Iveco TurboStar

To tell the story of the TurboStar, inevitably you have to tell the story of Iveco. It is no coincidence that TurboStar was presented in 1984, almost a decade after the birth of the house. In 1975, in fact, Fiat decided to bring together the entire galaxy of European brands operating in the production of heavy vehicles: Fiat Veicoli Industriali, Lancia Veicoli Speciali, OM, Unic and Magirus-Deutz. For a long period of time, the grouping of companies continued the production of the vehicles designed by these companies, suffering ruthless competition from the world of industrial vehicles.

Iveco, however, has broad shoulders and in 1984 is ready to launch its own glove of challenge, especially in the field of larger vehicles. In July of that year, trade magazines published the first photographs of the TurboStar 190 in an unprecedented metallic gray color. A color, at the time, intended for representative cars and that immediately made it clear where Iveco wanted to go with its new creature. The project, from a technical point of view, descended from Iveco Turbo 190.38, but the revision work was thorough and meticulous. Just in those years, in fact, Iveco conducted a market research that involved about two thousand European drivers. The goal of the manufacturer was to understand the real needs of users. From the interviews, in fact, it emerged that drivers wanted more comfort and superior performance.

The design of the technicians of the house, on the basis of these indications, took more than two years to reach the final result. The first prototypes of the TurboStar began the first tests in September 1982, on the track of Markbronn, in Germany, and on the one of Nardò, in Italy. Twenty-four months of tuning made it possible to obtain a vehicle that went just in the direction of the drivers’ requests.

The characteristics of the Iveco TurboStar

Iveco’s research center focused on two aspects: the cabin and performance, not only motorsport but also aerodynamics. The cabin was based on a structure in steel load-bearing arms, while the cladding was equipped with ribs that increased the structural rigidity of the vehicle. What the designers focused on, however, was the ergonomics of the vehicle: the cabin measured a good 2.345 meters in width and was 1.70 meters high. This allowed to improve considerably the habitability on board of the vehicle, both while driving and while resting.

The driving position, in fact, was also favoured by a height-adjustable steering wheel and a pedalboard arranged according to the principles of ergonomics. Among other things, the TurboStar was also equipped with an air suspension seat, which significantly improved driver comfort while driving. In this respect, the new suspension system also greatly improved comfort. Finally, the arrangement of the dashboard instruments completed the driving position, which was designed according to criteria that are still considered current today.

What distinguished Iveco’s new project, however, was the search – considering the times – for comfort. To give an example, the vehicle was equipped with an electronic control unit that allowed, from inside the vehicle, to adjust the rearview mirrors electrically. And yet, on request, it was available both a refrigerator and a food warmer to always have a hot meal and fresh water. In addition, to ensure the necessary safety on board, the vehicle was equipped with a safety deposit box and the sound system could be locked. Even the beds, taking advantage of the width of the cabin, were designed to provide the best possible comfort.

As mentioned, the second point the designers focused on was performance. Not only the engine, which we’ll talk about later, but also from an aerodynamic point of view. In fact, a scale model of the TurboStar was long studied at the wind tunnel of the Fiat research center in Orbassano. This work allowed to verify the actual effectiveness of the above-cab spoiler, which, together with other expedients, allowed to reach an incredible value of penetration coefficient equal to 0.53. From the engine point of view, then, at the Iveco TurboStar outlet has two solutions: a 13,798 cc in-line six-cylinder supercharged with intercooler, which can deliver about 330 hp, or an eight-cylinder turbocharged V-cylinder with 17,174 cc, which is capable of reaching 420 hp. The two engines, then, can be combined with the ZF Ecosplit 16-speed synchronized gearbox or a Fuller 13-speed quick-engine gearbox.

Solutions that, especially in the more powerful version, immediately excite the public and magazines. Not only that, because compared to the competition, Iveco TurboStar is able to redefine the standards in terms of habitability and performance. To these, subsequently, were added other engines: the 190.36, which mounts a 360 hp engine, and the 190.48, which reaches the exceptional value of 480 hp.

It is thanks to all these features, comfort, performance, ease of maintenance, that the TurboStar has become a true legend for all lovers of engines, and not only for those who worked in the sector. A memory that, even today, many still jealously preserve.