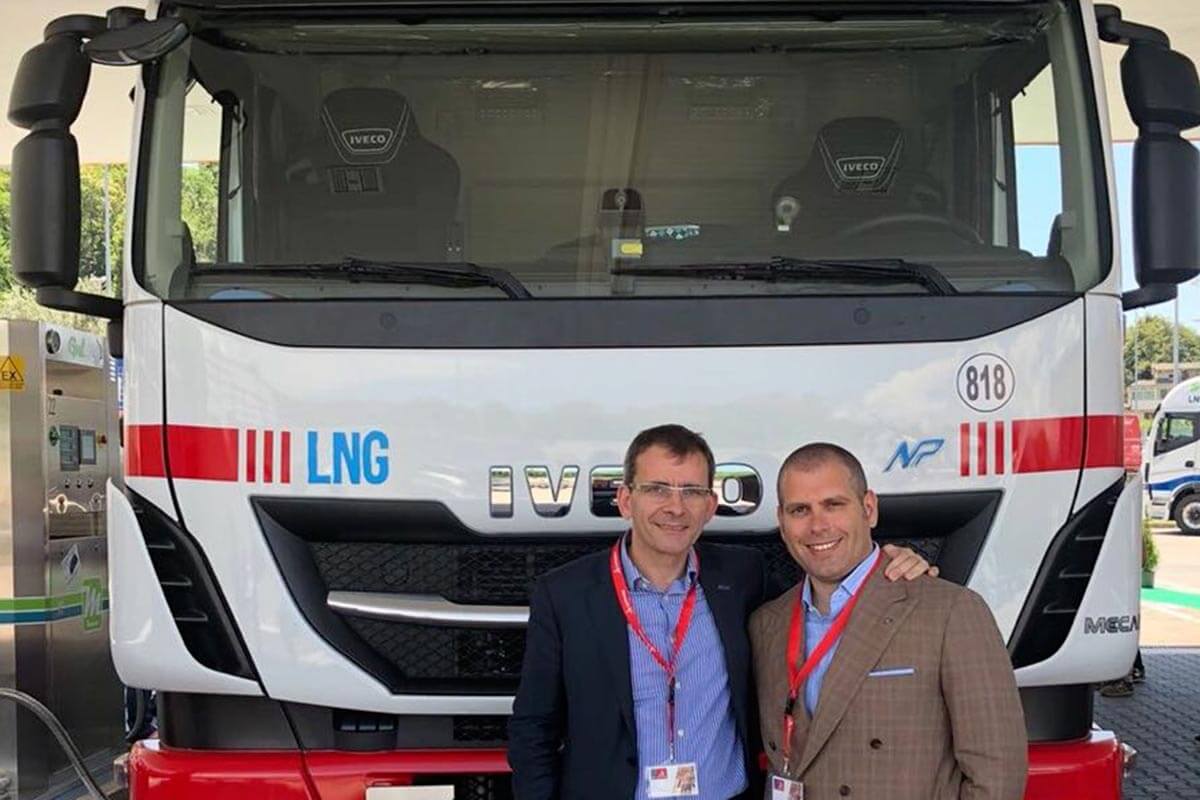 After the inauguration of the first LNG re-fuelling station in southern Italy, Smet is setting the challenge for the future: «By 2022, our fleet will consist exclusively of the latest generation of Eco Truck LNG, powered by liquid methane». The future of the company, therefore, will be far from the traditional fuels, to get closer to the goal of CO2 emissions and particulate matter ever closer to zero.

Smet’s managing director, Domenico De Rosa, announced the important initiative. During the opening ceremony of the LNG filling station in Baronissi Est, in front of Iveco president Pierre Lahutte, De Rosa recalled the results already achieved by the company in the sustainability of its transport: «We were among the first companies in the sector to strongly want the green turning point of road transport. Already in 2014 we have decided, in partnership with Mecar and Iveco, the entry into the fleet of an increasing number of Iveco Stralis 330 and 400, which are the new generation Eco Truck LNG more performing – recalled De Rosa – The use of these vehicles also brings real advantages in terms of performance, with an estimated saving in terms of fuel consumption of around 15% compared to a vehicle powered by diesel. We are sure that, in order to be successful, transport must first of all be responsible: in this regard, the joint action between the legislator and the manufacturers, which paves the way in this direction, is fundamental”.

The evolution of gas transport according to Smet

The strategy is the result of Smet’s commitment to sustainable transport. Only a few days ago, in collaboration with Iveco, a video was published announcing the logistics company’s vision of the future of transport. The evolution of the species, this is the title of the trailer, shows the results of policies that do not pay attention to environmental sustainability, particularly in the world of transport. Smet, on the other hand, imagines the use of all the technologies that would allow the reduction of harmful emissions, such as CO2 and NOx particles. In particular, the company has been reconverting its fleet for some time now, purchasing several Iveco Stralis LNG, powered by liquid natural gas. According to the announcement, the conversion will be completed by 2022.