Smet renews the fleet: from 2022 it will be eco-sustainable 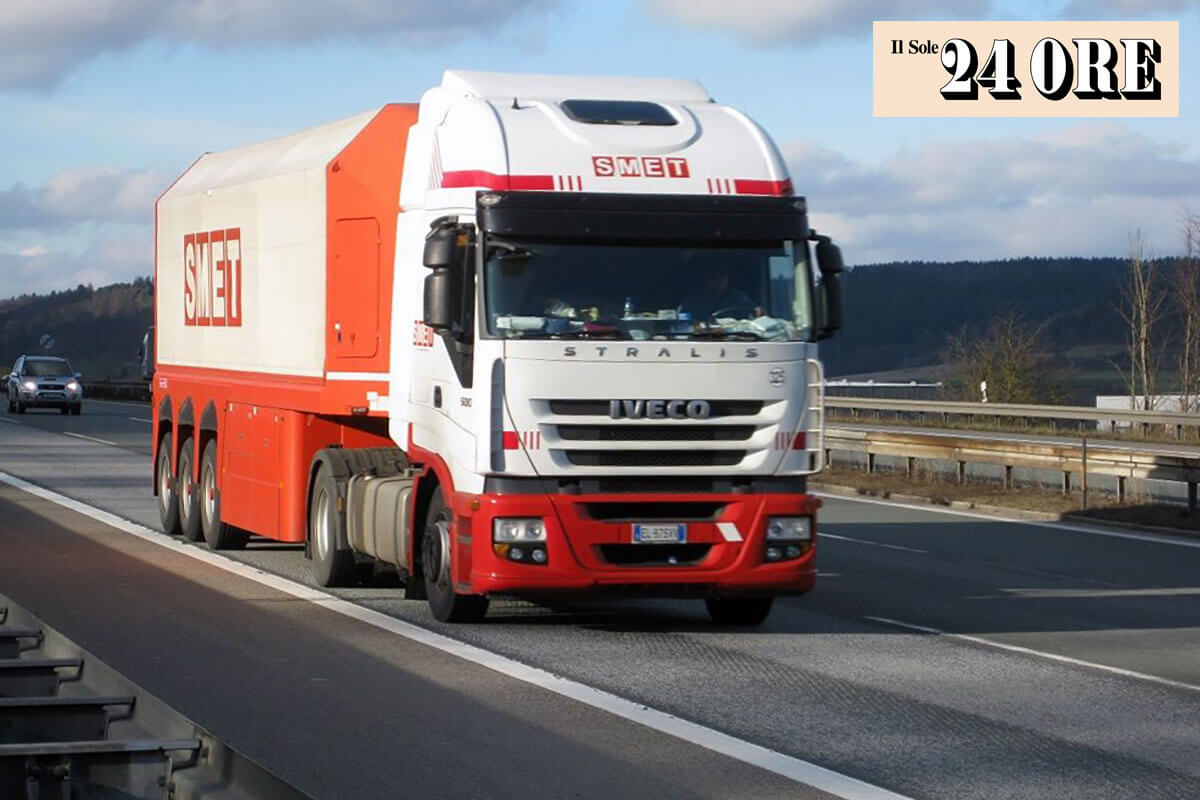 Smet renews the fleet: from 2022 it will be eco-sustainable

The Smet group from Salerno is preparing by 2022 for the total conversion of the fleet, which will be composed exclusively of ecotrucks. The plan provides for an investment of about 50 million to make sustainable 3.200 loading units and a thousand engines: the European Union requires it with the aim of reducing carbon dioxide emissions into the atmosphere by 30% by 2030. In the last two years Smet has already replaced 15% of its trucks with LNG (liquid methane) vehicles.

The group from Campania, founded in Salerno 70 years ago, has a turnover of over 230 million and employs 1.400 people, including direct and indirect employees. In addition to the Rome headquarter and the Salerno headquarter, there are 25 other operating sites located in Italy and Spain, Portugal, Belgium, France, Germany, Greece, Romania, Tunisia and Malta.

«In Italy we were the first to start experimenting with liquid methane vehicles, explains Domenico De Rosa, representative of the third generation of the Smet family. These vehicles reduce carbon dioxide emissions by 15% and reduce fine particles by 95%». Smet also bets significantly on the development of intermodality, which allows it to combine road transport with other less polluting modes of transport. In this sense, the impulse given to intermodal maritime transport at European level – in partnership with the Grimaldi Group – has been particularly decisive, especially as regards the routes of the Mediterranean Sea and the Baltic Sea.
In reality, the innovation plans of the Salerno-based company are part of the development of an entire transport and logistics chain, which in the province of Salerno has established itself with high growth rates over the last decade. A supply chain that, moreover, shares projects for growth and attention to environmental sustainability.
«Everything starts with the development of the port of Salerno – says De Rosa – which since 2008 promotes intermodality. The Grimaldi group has made it possible to transform Salerno into a European crossroad». Smet, as exclusive partner of Grimaldi, intensifies the transport lines from south to north and vice versa. Grimaldi operates two terminals in Salerno. Smet will be supplied with the ecotrucks by Mecar, a company founded 70 years ago by Francesco Ferrajoli. In 2017, Mecar sold 800 vehicles, 500 of which were heavy trucks, had 70 employees, 50% of whom were under 35 years of age, and had a turnover of about 70 million (+20% compared to 2016). Together, Smet and Mecar have promoted the establishment of a vocational school dedicated to the training of sustainable drivers. The first courses, offered free of charge to under 35s with the aim of bringing young people closer to a career path that is destined to become increasingly important for companies operating in the transport sector, are about to start.