«The port of Salerno can further grow». Domenico De Rosa on la Città 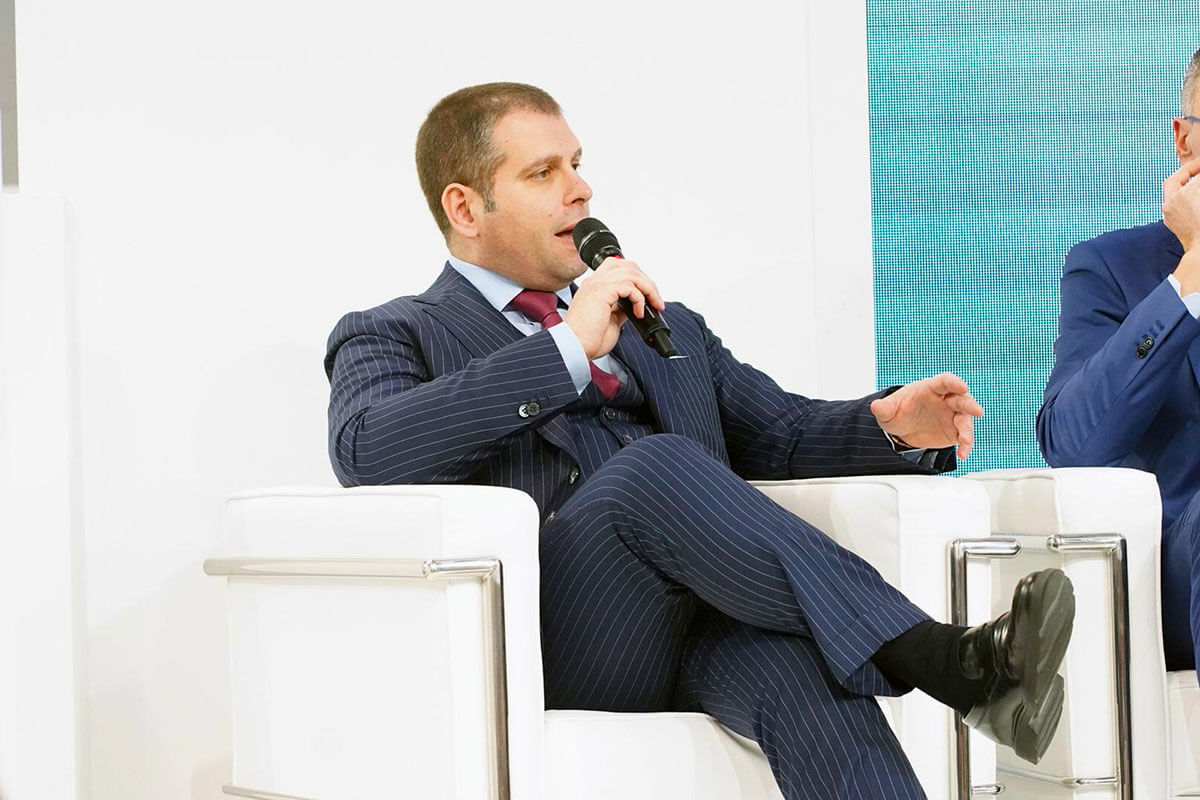 «The port of Salerno can further grow». Domenico De Rosa on la Città

«The growth of the ro-ro segment in the port of Salerno testifies that the future of the planet is more and more tied to intermodal transport modes, which guarantee sustainability and efficiency – points out Domenico De Rosa, managing director of the Smet Group – We have been pioneers of green at a European level: for some time we have in fact chosen intermodality operating in partnership with the Grimaldi Group and contributing in this way to the development of our port».

How do you explain this boom?

«The port of Salerno has a strategic position with respect to the whole of southern Italy. And, moreover, it has a consolidated leadership. The dredging of the seabed will also allow to further strengthen services as the port of Salerno will be able to accommodate the latest generation of ships, which are increasingly large, able to generate economies of scale by transporting a greater number of vehicles».

Is there any provision for new investment in the motorways of the sea at the port of Salerno?

«Certainly, starting with the logistical support platforms. And this will produce important employment effects and great opportunities for manufacturing and distribution companies throughout the South».

Can the port of Salerno always retain its multi-product character?

«I had the opportunity to meet the president of the Central Tyrrhenian Sea Port System Authority, Pietro Spirito, and I appreciated his quality and effectiveness. I spoke with him on the subject of dredging and on how much effort the Authority is making to complete this fundamental work. I believe that in the port of Salerno there is the possibility to operate on rolling stock, on containers and on various goods, which are the three main activities of the port. It is hoped that there will be a functional rationalization of the areas and a methodology that allows the maximum safety on the job and the maximum productivity of the areas».

How come the port of Salerno, for the ro-ro traffic, has almost doubled, as tonnage of rolling stock, that of Naples?

«Because Salerno has the most important operators. The attraction comes from the combined large and strong shipowner, who has put the base in Salerno, and from the most significant logistic groups that are from Salerno».

For the network of Motorways of the Sea, Salerno is an increasingly strategic port of call, offering regular maritime connections for the transport of rolling stock to the Iberian Peninsula, Sicily, Sardinia, Genoa and North Africa.

«I think that the margins of growth are still wide: I am referring in particular to the dredging interventions that we trust and that will be a further impulse to intermodal transport, because they will allow the Grimaldi Group to position in Salerno the new 500 trailer ships».

What is the future of logistics?

«It will be green and sustainable, both environmentally and economically. Companies that have reduced their environmental impact will be rewarded and intermodal activities will be preferred to all roads».