Transpotec Logitec 2019: the novelties emerging from the Veronafiere 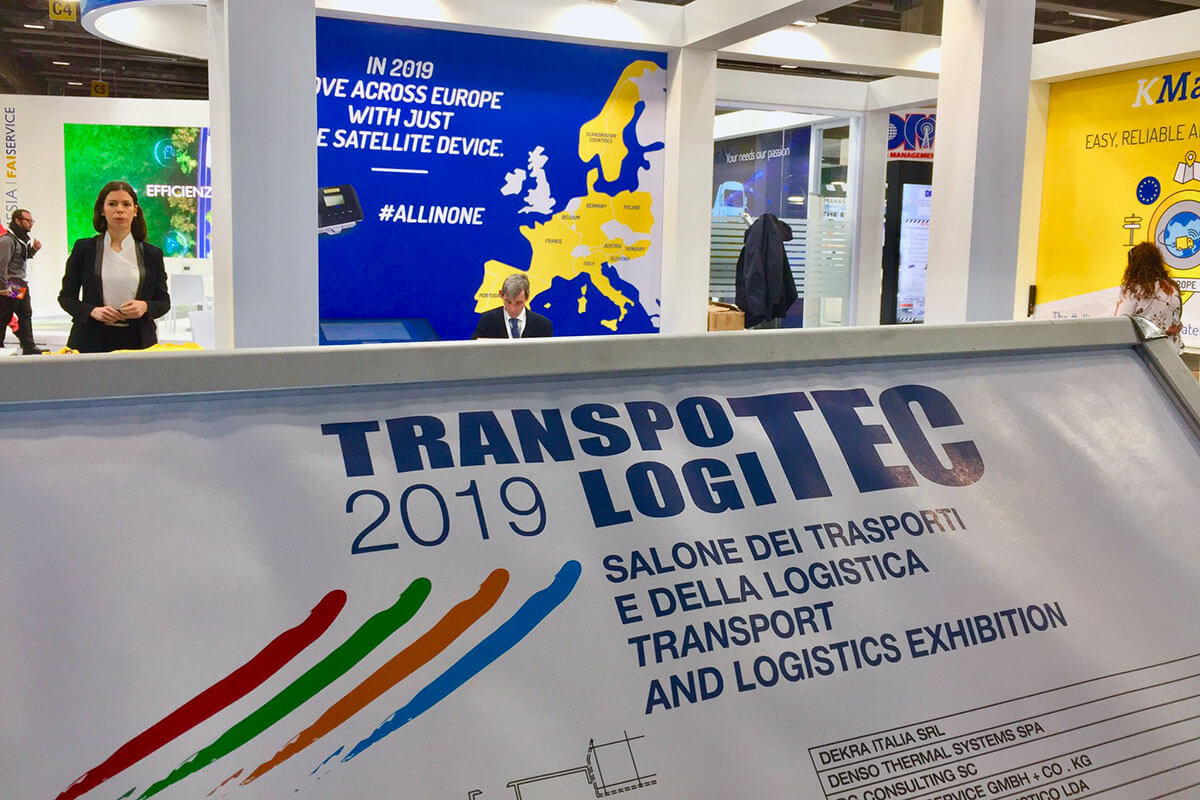 Transpotec Logitec 2019: the novelties emerging from the Veronafiere

Transpotec Logitec 2019, the Verona trade fair dedicated to transport logistics, has ended with a resounding success. Let’s see, then, the most important innovations that have emerged in the sector, in these four days where Smet Logistics has been the absolute protagonist.

Transpotec Logitec: the most interesting novelties in the sector

With more than 41.000 visitors, a 35% increase on previous editions, Transpotec Logitec’s balance sheet is more than positive. The 406 exhibiting companies, 23% more than in 2017, were able to discuss the main themes of logistics and freight transport. In particular, the central theme of the fair was alternative engines: liquid natural gas engines on the one hand and electric motors on the other. This was an opportunity for many of the brands in the sector to present their heavy goods vehicles. Let’s see them up close. 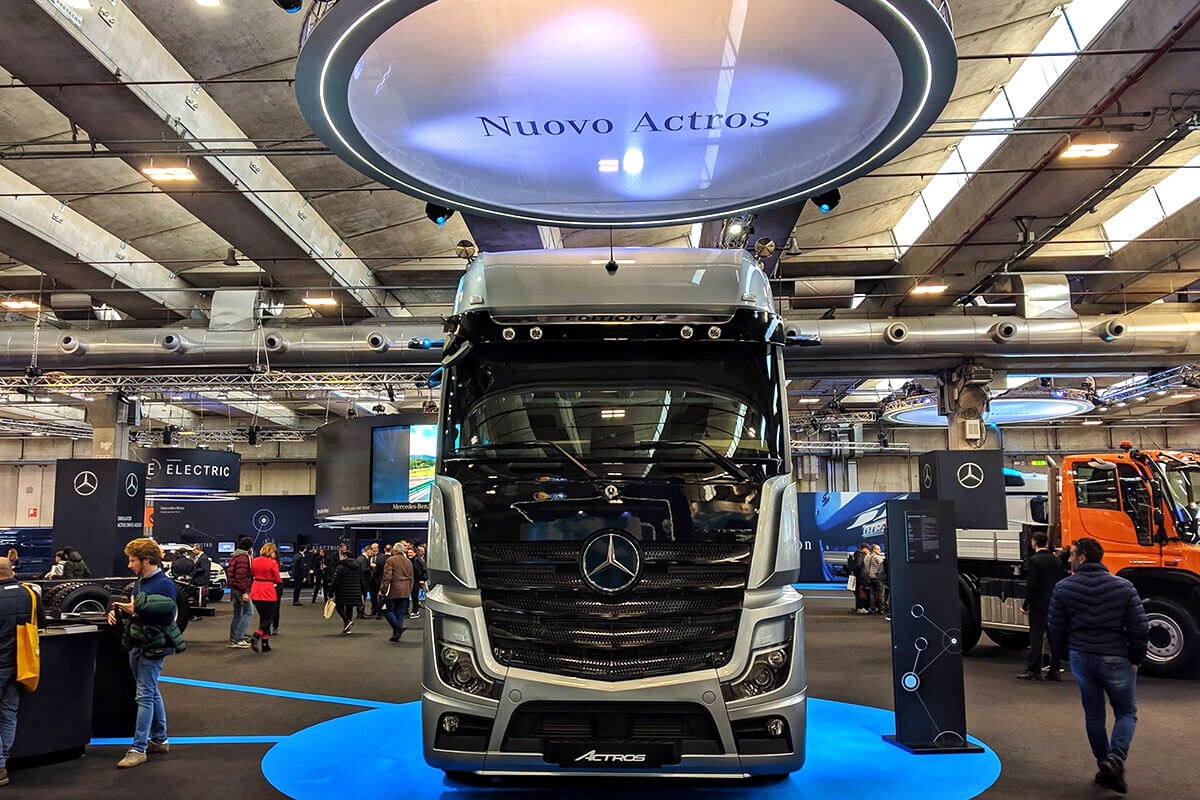 The Transpotec Logitec, at least in Italy, was a real preview for the Mercedes Actros. The German manufacturer, in fact, took advantage of the fair in Verona to let you touch all the latest news among its trucks. At the Mercedes stand, in fact, were present Atego, for short and medium range transport from 6.5 to 16 tons, Arocs, for the off-road sector, and Unimog, professional vehicle for municipal services, and Econic, natural gas version. The protagonist, however, was Actros, a vehicle for heavy transport up to 250 tons. 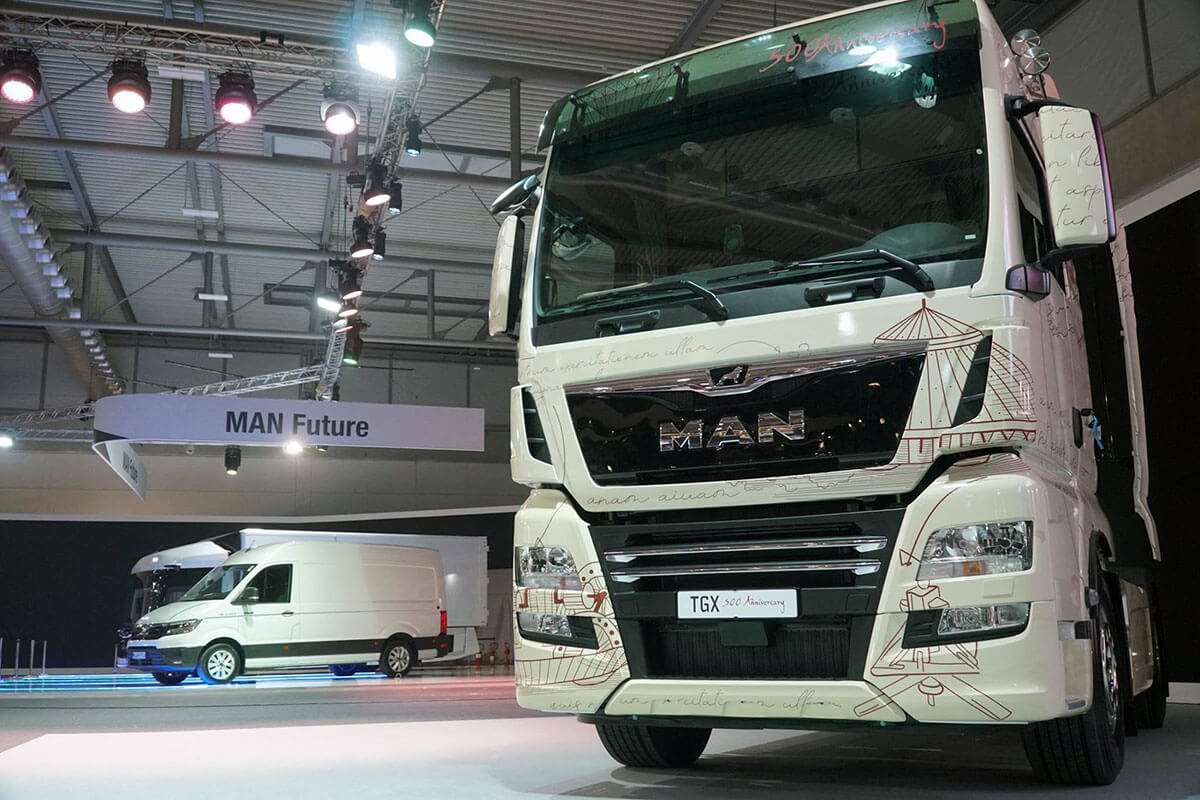 Also for Man the Transpotec Logitec has been the occasion to present some novelties. This is the case, for example, of the TGX 500 Anniversary, dedicated to the figure of Leonardo Da Vinci. In 2019, in fact, the birth of the brilliant Italian inventor is celebrated. For this reason, the company has decided to dedicate a special and limited edition of only 52 pieces to him. In particular, the livery of this special medium shows some of the drawings – among the famous triumvirate man – of the Renaissance genius.

Not only that, but in this edition of the fair, Man also took the opportunity to show his idea of a heavy vehicle with electric traction. In particular, the German manufacturer has brought on display both the eTGE, already in the catalog, and the prototype already shown at the IAA in Hanover, CitE.

In addition to heavy vehicles, there was also a rich exhibition of commercial vehicles. Without going into detail, there were many manufacturers who exhibited their commercial vehicles at the Veronafiere. Ford presented the New Transit, but also the new Transit Custom PHEV equipped with an advanced hybrid system, able to offer up to 50 kilometers at zero emissions. Renault has also unveiled its electric solution, the Master ZE, equipped with the same payload as a vehicle with a diesel engine. The batteries, positioned under the seats, allow a range of up to 120 kilometres and a maximum speed of 100 km/h. Mercedes also presented its electric commercial vehicle. It is the eVito, with full power supply, which reaches a maximum speed of 120 km/h, but at 80 km/h can reach a range of 150 km. Fiat Professional has also presented its vehicles that wink at the environment. In particular, the Italian company has shown the line of vehicles powered by natural gas, from the Ducato Minibus up to the Doblò Cargo Natural Power.

The central focus of the event, by virtue of the desire to make sustainable transport, was the conference promoted by the Logistics Association of Sustainable Intermodality, New energies and new fuels: the sustainable way to reduce CO2 emissions. Speakers included the Deputy Minister for Economic Development, Dario Galli, the Undersecretary for Sustainable Mobility, Vannia Gava, the commercial director of ENI, Paolo Grossi, the general manager of Veronamercato, Paolo Merci, the head of e-industries Enel X, Andrea Condotta, and the managing director of Smet Logistics, Domenico De Rosa: «Sustainable transport is imperative for all operators in the sector – said De Rosa – We started using biofuels in Belgium and Spain, the group’s goal is to be completely diesel-free by 2023″.» 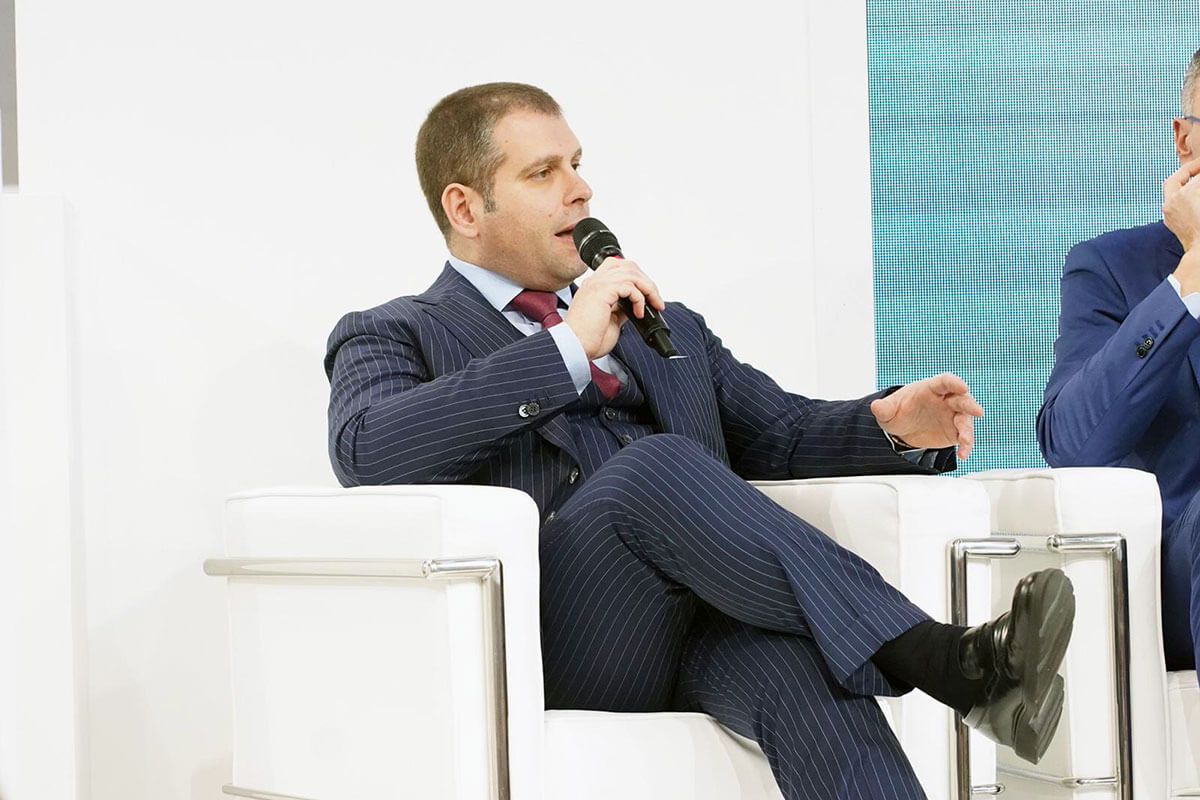 The government representatives, once again, confirmed their commitment to alternative engines: «We must focus on eco-incentives while giving priority to existing technologies and more widespread – said the Deputy Minister for the Environment, Dario Galli – electric vehicles make a big impression in the media, and it is absolutely necessary to invest, but in the short term we must also focus on those that, more modern, have a functional impact on the environment». On the sidelines, however, was announced the imminent signing of a memorandum of understanding between the Government and ALIS: «To create a shared path that has the goal of raising awareness of different lifestyles, from schools to businesses, and to promote standard rules for technological innovation – said Undersecretary Vannia Gava – it is essential to focus on the deconstruction, considering that transparency must allow to simplify procedures, certainly not complicate them».